According to sources, the party general secretary Priyanka Gandhi Vadra will address this conference through virtual mode, which is likely to be held in the second week of October. 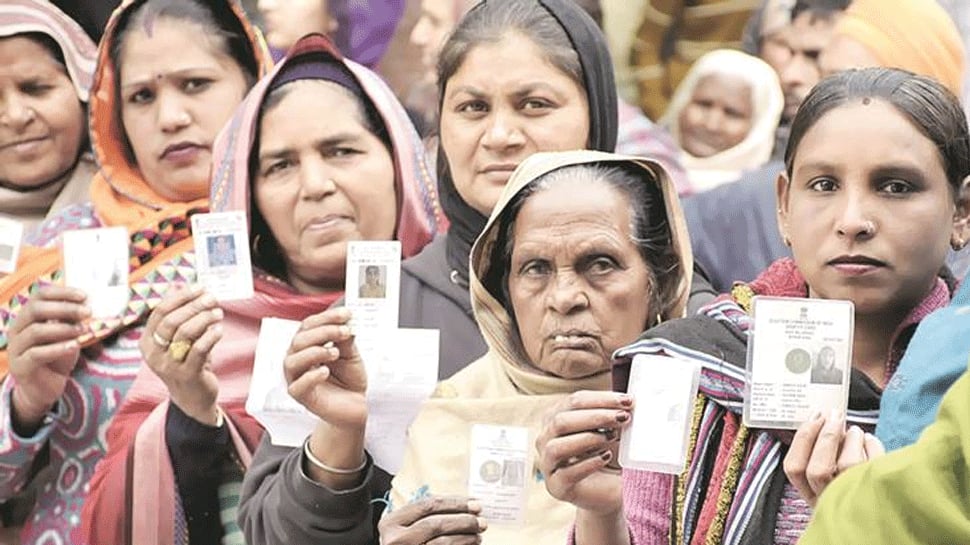 New Delhi: As women have been hailed as the `silent force` behind Chief Minister Nitish Kumar`s electoral victories in Bihar, the Congress party has decided to woo them by launching `Mahila Kranti Sammelan` ahead of the State Assembly polls.

According to sources, the party general secretary Priyanka Gandhi Vadra will address this conference through virtual mode, which is likely to be held in the second week of October.

"We are preparing to hold a huge women`s conference. For this, we have sought time from Rahul Gandhi and Priyanka Gandhi," a top Congress said.

As preparations are underway for the women`s conference, Congress is booking cinema halls and auditoriums in all the districts of Bihar so that women can see and hear Priyanka Gandhi on a big screen.The party has decided to install screens in rural areas as well.

Apart from this, a large number of women will also be connected through mobile phones and social media. The aim of the party is that about 50,000 women from all over Bihar directly participate in the conference and in addition, about 5,00,000 people join the sammelan through social media, the source added.

Earlier, virtual conferences held in North Bihar were more successful than expected. Now, with the elections coming closer, the party is planning to arrange everything in a larger manner with campaigning by the top leadership of the party. For this, a platform will be set up in the national capital, from where big leaders will send a message to the people of Bihar.

It is to note that in Bihar, Congress is contesting on the faces of Sonia Gandhi, Rahul Gandhi and Priyanka Gandhi Vadra. In such a situation, the party is dependent on them to woo the larger audience in Bihar.

Along with Priyanka Gandhi`s women`s conference, virtual rallies of Rahul Gandhi are also being planned ahead of the Assembly polls in Bihar. In the first week of August, Rahul Gandhi had addressed the party workers of Bihar through video conferencing.

In Bihar, the main challenge before Congress is to get more seats in an alliance with the RJD. Bihar has elections scheduled in three phases from October 28 to November 7. The counting of votes will take place on November 10.