After November 13, the last day of nomination, the split between the two warring allies in Jharkhand became official. 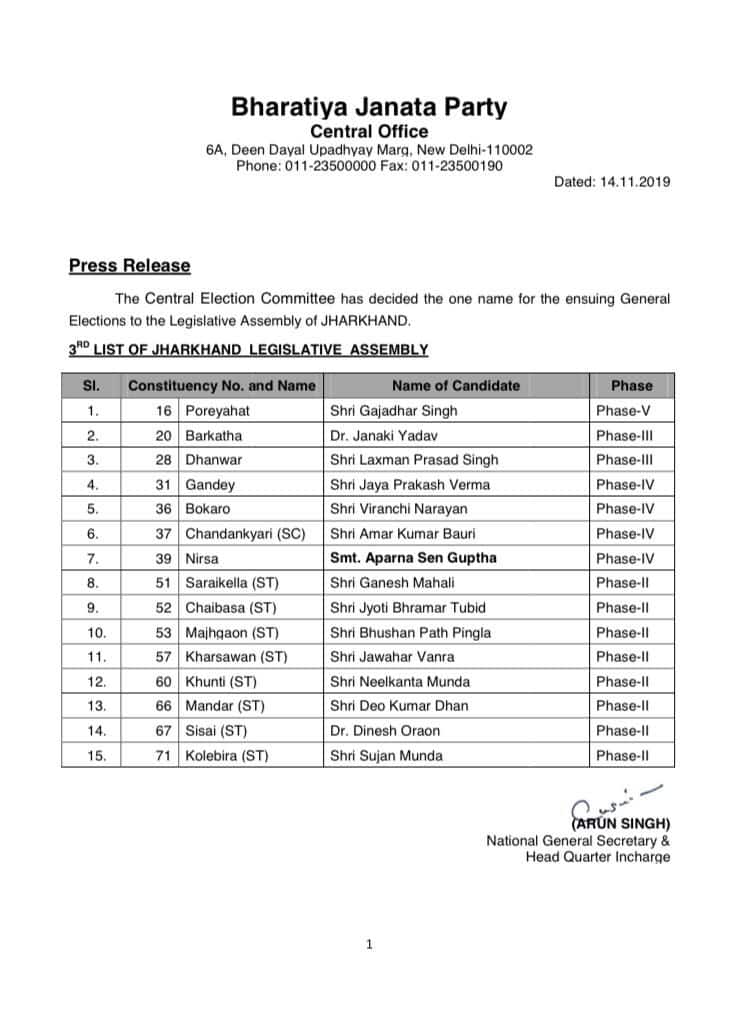 According to reports, with formal divorce between the AJSU and BJP in the state, the saffron party is likely to focus on the rallies of PM Modi and Amit Shah as star campaigners harping more on national issues than focus on achievements of the state government under Raghubar Das.

After November 13, the last day of nomination, the split between the two warring allies in Jharkhand became official. Other two NDA alies, JD-U and LJP, have also decided to go solo. The BJP has decided an aggressive campaign taking advantage of a 3-way fight.

The BJP's earlier list contained the names of 53 candidates besides extending support to an independent candidate Vinod Singh in Hussainabad.

In 2014, the BJP and the AJSU had fought on 72 and eight seats and won 37 and five seats respectively.