It is to be noted that thousands of anti-CAA protesters, mostly women, came out on roads in Jaffrabad and Chand Bagh roads on Sunday morning blocking the movement of traffic. 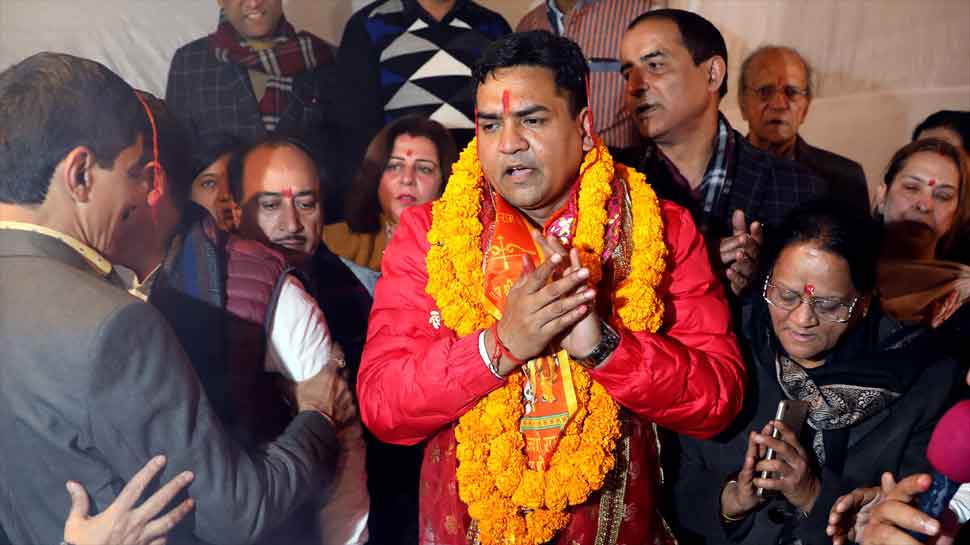 Bharatiya Janata Party (BJP) leader Kapil Mishra on Sunday (February 23) gave a three-day ultimatum to Delhi Police to force the anti-Citizenship Amendment Act (CAA) protesters to vacate the Jaffrabad and Chand Bagh roads, adding that he will not listen to even Delhi Police after three days. It is to be noted that thousands of anti-CAA protesters, mostly women, came out on roads in Jaffrabad and Chand Bagh roads on Sunday morning blocking the movement of traffic.

Mishra said in a tweet that after three days when US President Donald Trump leaves India, Delhi Police should not try to convince the pro-CAA people because they would not even listen to police. President Trump is arriving in India on Monday on a two-day visit to the country.

Earlier on Sunday, Mishra reached Maujpur, which is located near Jaffrabad, and held a rally in support of the CAA. While addressing his supporters in Maujpur, where stone pelting took place between two groups, Mishra said, "Dilli mein aag lagi rahe, ye yahi chahte hain, isiliye inhone raaste band kiye, isiliye dange jaisa maahaul bana rahe hain. Hamari taraf se ek bhi patthar nahi chala hai [Dilli burns, these people [the anti-CAA protesters] want this only and that is why they have blocked the roads and that is why they are creating a riot-like situation. We did not pelt a single stone during the rally]"

Later he posted a video on twitter, saying, "Trump ke jaane tak toh hum shaanti se jaa rahe hain. Lekin uske baad hum aapki bhi nahi sunenge agar raaste khaali nahi huye toh. Trump ke jaane tak aap Jaffrabad aur Chand Bagh khaali karwa dijiye, aisi aapse vinti kar rahe hain, uske baad hamein road par aana padega [We will not do anything till Donald Trump leaves. But after Donald Trump leaves India, we would not even listen to you if the roads are not vacated. Get the Jaffrabad and Chand Bagh roads cleared, we are requesting you, after that, we will have to hit the streets]."

The stone pelting started in Maujpur  after a group of CAA supporters reached near the protest site and started raising slogans in favour of the CAA. It is still unclear that which side started pelting stones first but the situation turned ugly within no time as both sides started pelting at each other.