The meeting of the Parliamentary Standing Committee on Information Technology led by Congress leader Shashi Tharoor to discuss the Pegasus snooping case was cancelled due to the absence of the quorum. 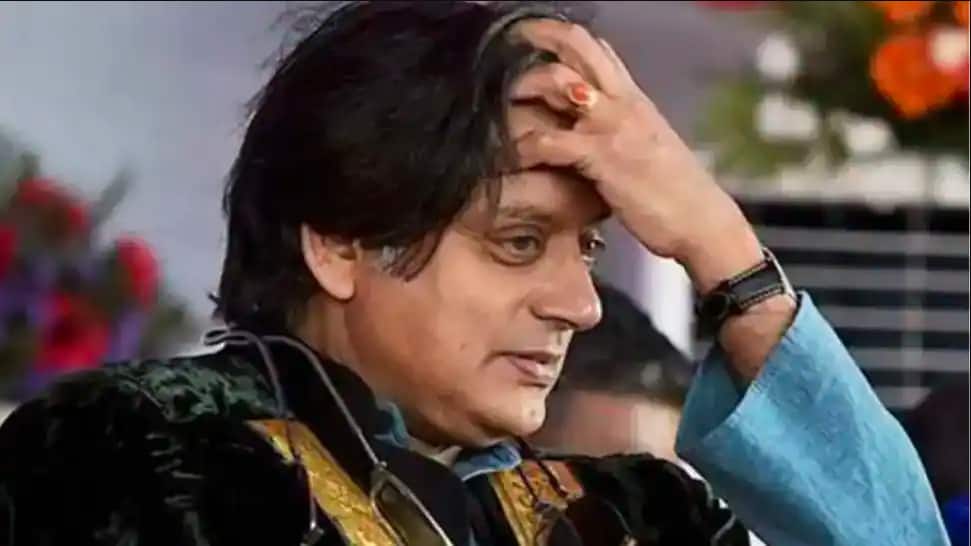 New Delhi: The Bharatiya Janata Party (BJP) MP Nishikant Dubey on Wednesday moved a privilege motion against Shashi Tharoor and demanded the removal of the Congress MP from the post of Chairman of the Parliamentary Standing Committee on Information Technology (IT).

The notice request given to the Lok Sabha Speaker reads, "Needless to say that this 'gentleman' has not only disrobed the democratic functioning of an August Committee but also exhibited an extreme high level of sycophancy towards his political masters, who still have a false notion of ruling our country and its democratic institutions by way of destroying them bit-by-bit and also creating a ruckus through their cronies like the present Chairperson of the Committee on Information Technology."

"All the allegations levelled against Dr Shashi Tharoor by me during the last more than two years are not unfounded and/or concocted but, in fact, based on irrefutable facts. However, till date, no concrete action has been initiated against Dr Shashi Tharoor due to which he has emboldened to the extent that he is now running the affairs of this Committee as if this is his personal fiefdom which has been gifted to him by his political masters as a gift for his extreme sycophancy and palm-licking," it said.

Speaking to the media over moving a privilege motion against Shashi Tharoor, BJP MP Nishikant Dubey said: "17 out of 30 members of the parliamentary standing committee on IT have written stating that we no longer trust him. There is no provision for the removal of the standing committee chairman."

"The standing committee chairman works under the powers of the Speaker and Article 94 and Article 96 say that a no-confidence motion can be brought against Speaker and Deputy Speaker. So we have written that we want to remove the chairman under these rules," Dubey said.

The BJP MP added, "Congress is not letting the Parliament function. If Parliament is not functioning, why do you want such a discussion on Pegasus in the standing committee, which is an extension of the Parliament?"

The meeting of the Parliamentary Standing Committee on Information Technology led by Congress leader Shashi Tharoor to discuss the Pegasus snooping case was cancelled due to the absence of the quorum. Only nine BJP MPs participated in the meeting today and the quorum was not fulfilled as almost 10 MPs were needed for the meeting to proceed further.