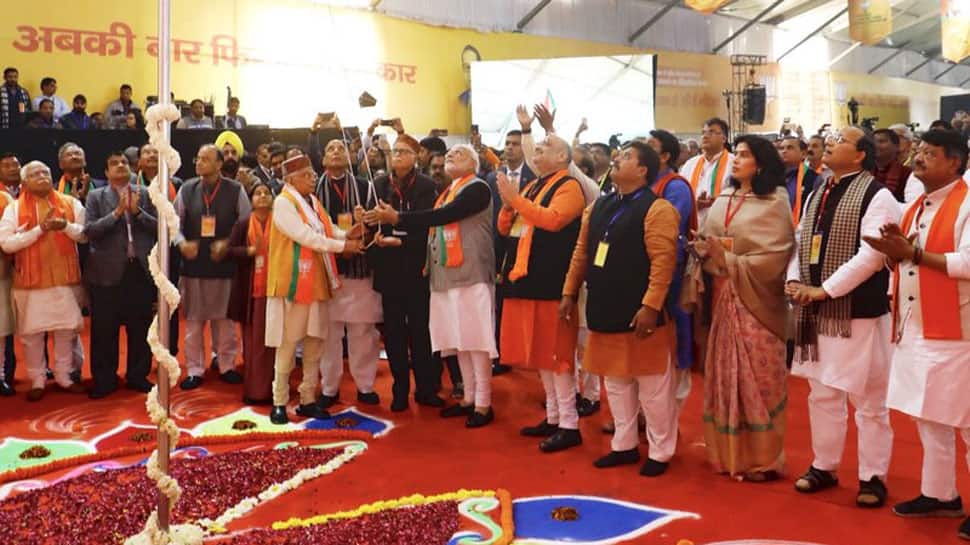 The entire area around the Ramlila Maidan and the roads leading to the venue turned saffron as thousands of BJP leaders from across the country descended in the national capital.

Here are the live updates from the venue:

* "It's very clear that youth of the country and people from different age groups are impacted with popularity of our PM. National Council today was very successful and we've pledged that we’ll come to power again with absolute majority. BJP will win over 300 seats," says Union Minister Piyush Goyal.

* "When we came to power in 2014, 1/3 of the population didn’t have a bank account. When PM noticed it, he ordered banks to go to people and open a zero balance bank account. It's because of our PM's strong will that everyone has a bank account today," says EAM Sushma Swaraj.

* PM Modi will present his valedictory address on Saturday.

* Delhi BJP general secretary Ravinder Gupta said over 1000 party workers have been deployed for successful completion of the meeting.
"Meals keeping taste of partymen from different parts of the country have been prepared for over 12,000 persons. Also, separate arrangements for cooking of food for 500 dignitaries have been put in place," Gupta said.

* Heavy security arrangements in place in view of the meet. A temporary PMO has been set up at the venue for the Prime Minister and an office has also been prepared for Shah.