On the NRC issue, the BJP has alleged that wherever Mamata Banerjee is visiting to address people she is trying to provoke them, while the reality is completely different from what she is explaining to the people. 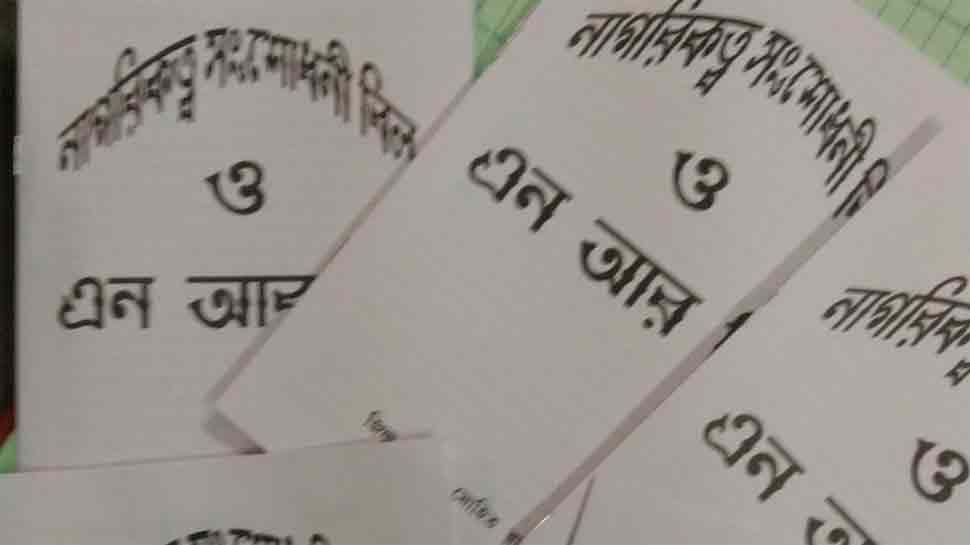 Kolkata: The passage of Citizenship (Amendment) Bill in the Lok Sabha and the statement of Union Home Minister Amit Shah on Monday that the National Register of Citizens (NRC) will be brought in soon has led to an alignment of political parties in favour or against these developments across the country.

The state of West Bengal seems to have emerged as the centre of this politics as Chief Minister Mamata Banerjee has clearly stated that she would not allow the implementation of NRC in her state no matter what happens. Ahead of assembly elections in the state, the ruling party Trinamool is not ready to give any space to fast-emerging BJP, which is determined to take on the Mamata government.

On the NRC issue, the BJP has alleged that wherever Mamata Banerjee is visiting to address people she is trying to provoke them, while the reality is completely different from what she is explaining to the people.

It is believed that Mamata Banerjee has to a great extent managed to convince people in her state, and this can be explained through her party's victory in the recently concluded Assembly byelections on three seats of Kharagpur, Karimpur and Kaliaganj, while the impression was that the BJP has made inroads in these constituencies.

With the byelection results not coming in its favour, the BJP has made several changes to strengthen the party in Bengal by making fresh appointments for Mandal and District units in every district.

Further, the BJP has also started efforts to create awareness about the NRC. It has started commenced classes on NRC and CAB in every district of West Bengal to make the people understand that what Mamata Banerjee is saying is not correct.

The party has also instructed its cadres to hit the road, but prior to that, the BJP has published a booklet for every party worker in the state. Senior RSS, as well as senior BJP leaders, will take classes in this regard. In a few days, the party will also form a new state committee, according to party sources from Delhi.

Talking about CAB and NRC issues, BJP leader Sayantan Basu told Zee Media that we will keep Hindu refugees as well as Indian Muslims, but will exclude Bangladeshi infiltrators. "We will make all the relevant information available to our block-level workers, who will reach every home to convey the facts to common people," he added.

Everything you need to know about Citizenship (Amendment) Bill, 2019