Blade, wire and pen among 33 sharp objects taken out of man’s stomach during surgery

Thirty-year-old Yogesh, who hails from Ishanagar, went to the doctor with complaint of pain in his stomach. 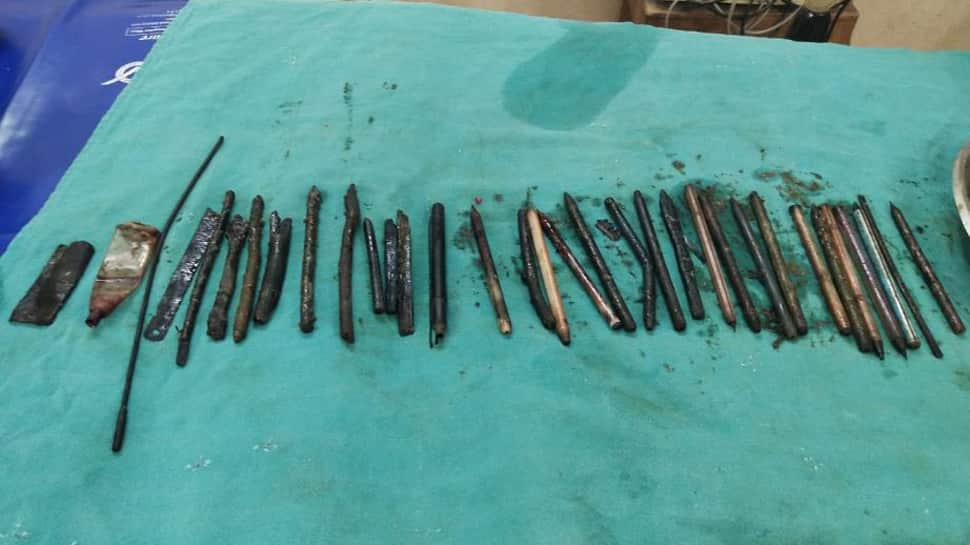 A man, who was operated upon in Chhatarpur area of Madhya Pradesh, has baffled the doctors. During the surgery, the doctors took out as many as 33 sharp objects, including plastic pen and blades, from inside the man’s stomach.

The operation was conducted on Wednesday by Dr MPN Khare, who runs a private hospital.

Thirty-year-old Yogesh, who hails from Ishanagar, went to the doctor with complaint of pain in his stomach. The doctor asked him to go for further tests and it was in the x-ray that the sharp objects were observed inside Yogesh’s stomach.

The man was then asked to undergo surgery. During the operation, which went on for almost two hours, the doctors found items like pencil, needles, metallic wire and leather inside the man’s stomach.

A total of 33 such objects were taken out from the stomach during the surgery.

Zee News learnt that Yogesh had the habit of eating any item, even the ones that were inedible. Once such items got accumulated inside his stomach, he started feeling pain, which gradually became unbearable.

The patient was stable after the operation, and was kept at the hospital itself for post-surgery observation.

Doctors said that though the operation was a tough one, they managed to complete it successfully. They further said that Yogesh was out of danger.