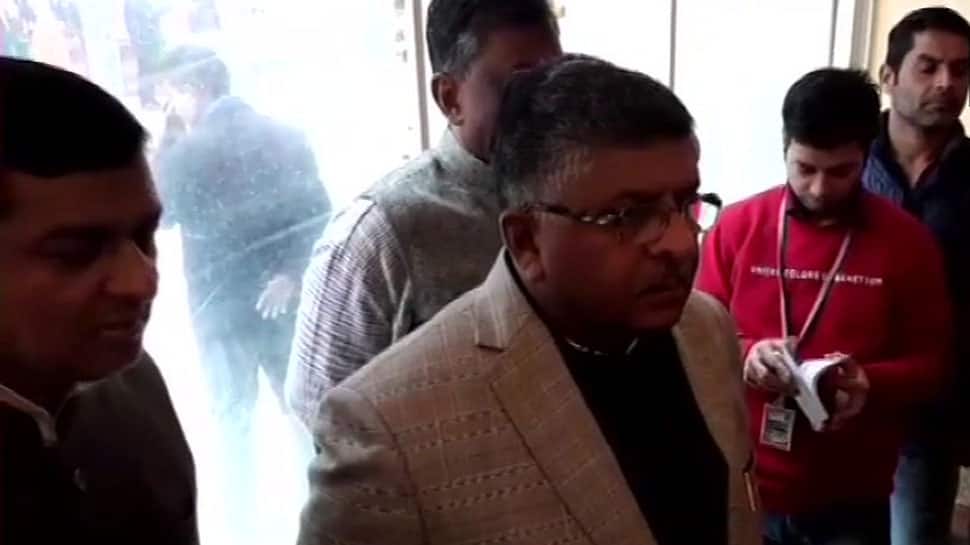 The BJP on Tuesday hailed the Supreme Court order, directing Kolkata Police Commissioner Rajeev Kumar to make himself available before the CBI, as a blow to the Mamata Banerjee-led government in West Bengal and a moral victory for the investigating agency.

The apex court directed Kumar to appear before the Central Bureau of Investigation (CBI) agency in connection with the Saradha cheat fund case. The SC said Kumar will appear before the agency in the Meghalaya capital Shillong. The court also said no coercive steps, including the arrest of the Kolkata police chief, will take place during the course of the investigation.

Speaking after the verdict Union Minister Ravi Shankar Prasad said the matter shouldn't be politicised and slammed the state government. He called it a great moral victory for the CBI.

Asserting that lakhs of small investors were cheated and looted off their money, Prasad asked if it is not a moral obligation to initiate an investigation. He questioned CM Banerjee's silence on the matter. He reiterated that the investigation must be done in a fair manner. The Kolkata police commissioner will appear before the CBI in Shillong as the environment is not conducive in West Bengal, Prasad said.

"Today we've to ask larger questions on behalf of the party. Lakhs of small investors were cheated and looted off their money. Is it not our moral obligation for an investigation? Why is Mamata ji silent on this? Why are the other political parties silent on this? This order was given by SC to investigate the conspiracy angle & also money laundering angle. This investigation must be done in a fair manner. Let's not politicise it. This is a great moral victory for CBI," said Prasad.

BJP National General Secretary Kailash Vijayvargiya thanked the Supreme Court for directing Kumar to appear before the CBI, saying it was a "victory of democracy" and demanded the resignation of West Bengal Chief Minister Mamata Banerjee. "The SC verdict is a victory of democracy. Mamata Banerjee should immediately tender resignation," said Vijayvergiya. "Mamata Banerjee is on dharna to stop CBI from questioning a police officer. The people of this country would have loved to see Banerjee holding dharna to return the money of chit fund investors," Vijayvargiya said.

Calling Mamata Banerjee delusional, BJP leader Babul Supriyo said, "Mamtaji is delusional, claiming victory. When did CBI say that they went 2 arrest Rajiv Kumar? She was BLOCKING the probe by instructing Rajiv to not cooperate in the CBI probe!! Supreme Court has ORDERED him to present himself before CBI, something he didn’t do for 3years•Period."

The Mamata Banerjee-led government in the state and BJP are at loggerheads after the CBI tried to question Kolkata's police commissioner in connection with chit fund scams. Banerjee has been on a 'dharna' since Sunday night over the CBI's attempts to interrogate the police chief.