Referring to the deaths of two women in Hathras and Balrampur regions of the state, the BSP chief said the incidents are reminiscent of the 2012 Nirbhaya gang rape and murder in Delhi. 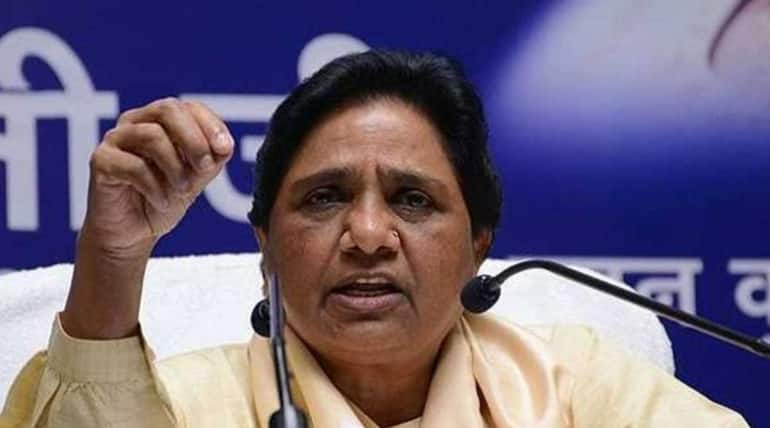 New Delhi: Irked over the deaths of two women in Hathras and Balrampur districts, BSP chief Mayawati on Thursday (October 1) demanded that Chief Minister Yogi Adityanath be replaced or the President's rule imposed in of Uttar Pradesh, raising questions over the law and order situation in the state.

Referring to the deaths of two women in Hathras and Balrampur regions of the state, the BSP chief said the incidents are reminiscent of the 2012 Nirbhaya gang rape and murder in Delhi.

Addressing media persons in Lucknow, Mayawati said, "In the wake of the law and order situation in the state and a flood of crimes against women, the Union government should replace Yogi Adityanath with some 'kaabil' (capable) person and if this is not possible, the president's rule should be imposed in the state."

Mayawati said, "I want to say to Yogi Adityanath that you are born from the womb of a woman. You should consider sisters and daughters of others as your own. If you are unable to protect them, you should resign."

She said, "I want to tell the government that it would be better if Yogi Adityanath sits at his original place in Gorakhpur Math. If he does not like the Gorakhpur Math, he should be handed over the task of constructing the Ram temple in Ayodhya."

"In place of him (Adityanath), make a 'kaabil' (capable) man the chief minister who can give good law and order to people," the BSP chief said, adding "If the BJP high command cannot do this, then they should have a little mercy on the people of UP and improve the law and order situation by imposing the President's rule in the state."

Reacting to her statement, the state government spokesperson Siddharth Nath Singh said, "Mayawati ji you become the leader of Scheduled Castes but you forgot that during your tenure a thousand Dalits were killed; and today you are giving us a lecture."

Meanwhile, Congress leaders Rahul Gandhi, Priyanka Gandhi Vadra, and around 150 of their party workers were briefly detained in Greater Noida today for alleged violation of prohibitory orders while walking towards Hathras to meet the rape victim's family.

Rahul Gandhi also fell down in the scuffle after police tried to stop him and his supporters from proceeding on the Yamuna Expressway near the Jewar toll plaza. Pictures of the incident were shared by the party.

The police, however, said that the Gandhis were charged for alleged violation of prohibitory orders issued under CrPC section 144. They were reportedly charged with violation of the orders related to the Epidemic Diseases Act, imposed in view of the COVID-19 outbreak, and booked under IPC section 188 (disobedience to order duly promulgated by a public servant).

Notably, the Hathras woman was allegedly raped on September 14. After her condition deteriorated, she was referred to the Delhi's Safdarjung hospital where she breathed her last on Tuesday. She was cremated in the early hours of Wednesday, with her family alleging the local police forced them to conduct the last rites in the dead of night.