Bangladesh Prime Minister Sheikh Hasina who was in Kolkata to watch India's first pink ball day-night Test against Bangladesh said that she came on the invitation of BCCI president Sourav Ganguly and said she was grateful for the love. 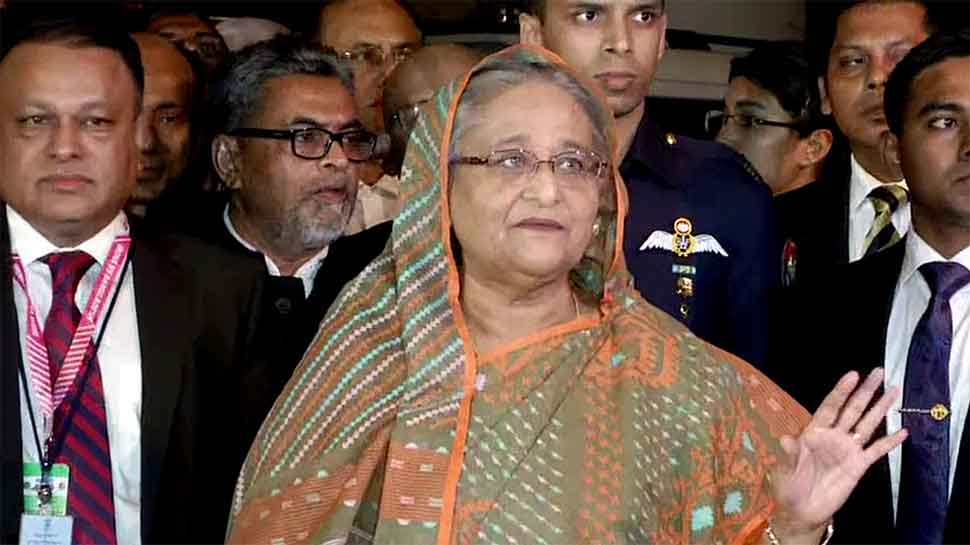 Kolkata: Bangladesh Prime Minister Sheikh Hasina who was in Kolkata to watch India's first pink ball day-night Test against Bangladesh said that she came on the invitation of BCCI president Sourav Ganguly and said she was grateful for the love.

Adding that she came to see India vs Bangladesh match in Kolkata's Eden Gardens for Bangladeshi people's representation, Hasina said that she wants this brotherhood and friendship between Bangladesh and India to live forever. Bangladesh PM also said that she was grateful to India for its role in the Liberation War of 1971.

“India provided shelter to more than one crore people of Bangladesh during the Liberation War. We will always remain grateful for their role during the war. We can never forget it. I want the cordial relations between India and Bangladesh to flourish further,” said Hasina after a 45-minute long meeting with West Bengal Chief Minister Mamata Banerjee during her visit to Kolkata to witness the pink ball test match.

According to sources, Hasina also brought up the issue of Teesta river's water sharing in the meeting. However, Bengal CM Mamata Banerjee remained non-committal and did not discuss the Teesta issue further.

Hasina who arrived around 11 am on Friday in Kolkata was given a grand welcome at the Eden Gardens where the historic pink ball Test is being held between India and Bangladesh. Both Hasina and Banerjee rang the bell together, ushering the beginning of the pink ball Test in Kolkata.

After watching the first session of the Test match, Prime Minister Hasina retired to a city hotel. Around 6 pm, she held a meeting with the Bengal CM Mamata Banerjee. At the conclusion of the meeting, both the leaders once again reached the Eden Gardens to attend a cultural event organised by the Cricket Association of Bengal (CAB).

Around 10 pm on Friday, Sheikh Hasina boarded the special flight for Dhaka along with her entourage.

(With inputs from Pooja Mehta)