The Centre's decision was met with immediate reactions from different political leaders, with the opposition leaders hailing the farmers. From Charanjit Singh Channi, Navjot Singh Sidhu, Mamata Banerjee to Rahul and Priyanka Gandhi, several leaders saw this a big win for the farmers 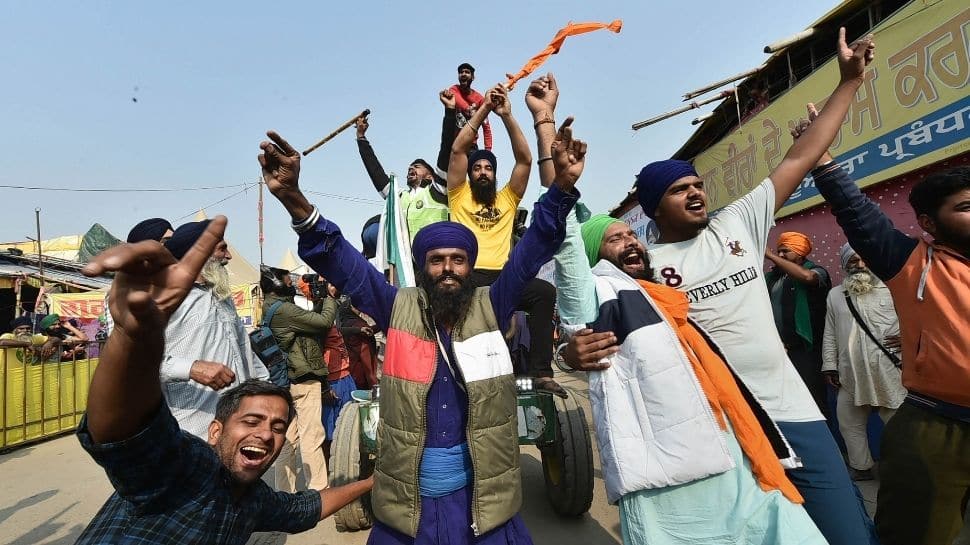 New Delhi: Gurupurab or Guru Nanak Jayanti of 2021 came with a big news. In the morining, Prime Minister Narendra Modi made a significant annoucement - he said the Centre has decided to roll back the three contentious farm laws that have led to numerous protests, especially in the capital, by a section of the country's farmers. After the announcement of repealing of the three Central farm laws, Modi on Friday also said the constitutional measures to repeal the laws will begin in the Winter session of Parliament, which is likely to commence from November 29.

The Centre's decision was met with immediate reactions from different political leaders, with the opposition leaders hailing the farmers. Here are some of the reactions of prominent leaders across parties and states:

Decision to repeal 3 black farm laws is victory of longest peaceful people's struggle that was started by farmers in Punjab. My salute to the Annadata: Punjab Chief Minister Charanjit Singh Channi

Repealing of black laws a step in the right direction. Satyagrah of Kisan morcha gets historic success. You're sacrifice has paid dividends. Revival of farming in Punjab through a road map should be the top priority for the Punjab government. Accolades: Punjab Congress Chief Navjot Singh Sidhu

...Now, sensing defeat in polls, you have suddenly started to realise the reality of this country - this country has been built by farmers, it is a country of farmers, they are the real protectors of the country and no government can run the country by trampling upon the interests of the farmers: Priyanka Gandhi Vadra

The announcement of the repeal of all three black agricultural laws is a victory of democracy and defeat of the arrogance of the Modi government. This is a victory for the patience of the farmers who have been agitating for the last one year. The country can never forget that hundreds of farmers have lost their lives due to the short-sightedness and arrogance of the Modi government: Rajasthan Chief Minister Ashok Gehlot

My heartfelt congratulations to every single farmer who fought relentlessly and were not fazed by the cruelty with which @BJP4India treated you. This is YOUR VICTORY! My deepest condolences to everyone who lost their loved ones in this fight: West Bengal Chief Minister Mamata Banerjee

We have been saying from day one that sometimes the governments frame wrong laws... when farmers had been saying that these laws were not acceptable to them then what was the harm in withdrawing them: AAP leader Bhagwant Mann

Great news! Thankful to PM @narendramodi ji for acceding to the demands of every Punjabi & repealing the 3 black laws on the pious occasion of #GuruNanakJayanti: Former Punjab Chief Minister Amarinder Singh

Other leaders like BSP's Mayawati and Congress' Randeep Surjewala also reacted to the decision.

Meanwhile, even while announcing his decision to roll back the laws, PM Modi argued that three farm laws were brought to empower and strengthen small farmers, on the demand made by farmers, economists and agricultural experts.He further said that it was unfortunate that despite the government`s intentions to strengthen and empower farmers we could not convince a section of farmers despite best efforts.