A cloudburst hit the Amarnath cave in Jammu and Kashmir on Wednesday. 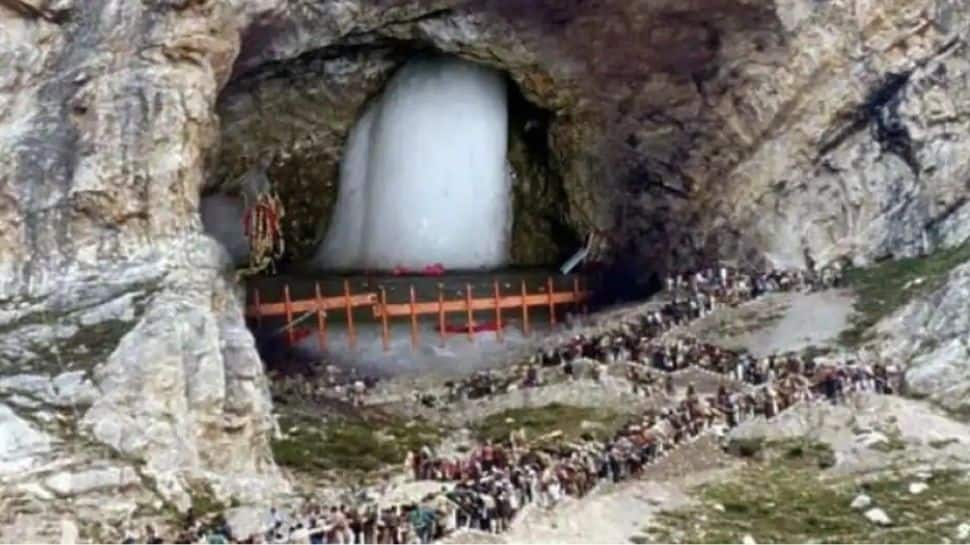 New Delhi: A cloudburst took place at Amarnath cave in Jammu and Kashmir on Wednesday (July 28). As per initial reports, there was no loss of life or injuries.

There were no Yatris present at the cave. On June 21, Jammu and Kashmir administration had cancelled Amarnath Yatra for this year due to the COVID-19 coronavirus pandemic. However, all the traditional religious rituals were allowed to be performed at the holy cave shrine as per past practice.

An official said, “Cloudburst on track Holy Amarnath Cave. No loss of life or injury was reported in the incident as no Yatris were present at the cave. He added, “Two SDRF teams are already at the cave while an additional team of SDRF has been deputed from Ganderbal district.”

An official said, “In Honjar Dachhan cloudburst rescue, seven dead bodies retrieved and 17 are rescued and are injured (out of these 5 are critical and are being shifted to DH Kishtwar. Rest injured are being taken care by two medical teams already deputed and deployed on spot. Moreover 19 residential houses, 21 cowsheds got damaged and 2 houses partially were damaged. Rescue operation halted due to heavy rain.”

He added, “SDRF team were augmented from Doda and Udhampur. Another SDRF team was airlifted by Air Force helicopter from Jammu and One NDRF team was on way from Jammu towards Kishtwar. One team of each NDRF and SDRF at Srinagar were kept on standby for airlifting from Srinagar.”

Another cloud burst happened in mountain areas of Aloosa area of north Kashmir’s Bandipora district but it didn’t hit the town so no loss was reported.

The Meteorological department had already issued warning of heavy to moderate rains in Jammu Kashmir and Ladakh from July 28 to July 30 and administration has already geared up for the situation.