The confidence motion was passed by voice vote, an expected win after the return of the 19 dissident MLAs led by Sachin Pilot to the party-fold. 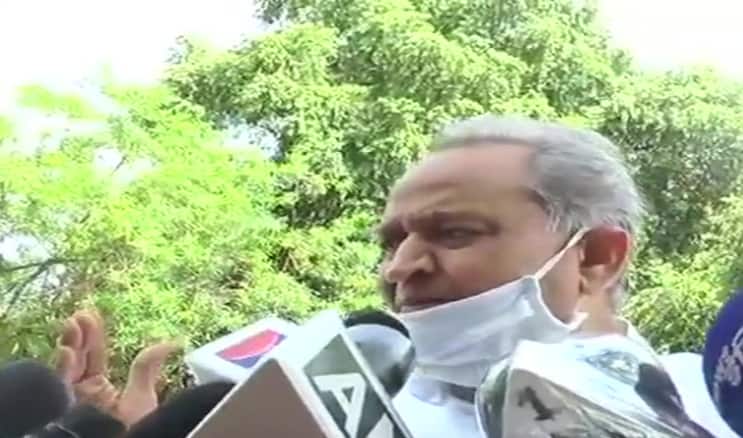 New Delhi: Chief Minister Ashok Gehlot on Friday (August 14) won the vote of confidence in the Rajasthan Assembly. The motion was tabled by Cabinet Minister Shanti Dhariwal in the Assembly.

The Speaker gave three hours for a debate on the motion. The confidence motion was passed by voice vote, an expected win after the return of the 19 dissident MLAs led by Sachin Pilot to the party-fold.

Replying to the debate, Chief Minister Ashok Gehlot criticised the BJP, accusing it again of trying to bring down his government. "I will not let the government topple at any cost even if you make all attempts," he said.

The opposition BJP accused the Gehlot camp of blaming it for the infighting within the Congress. Sachin Pilot, who was sacked as deputy chief minister after he rebelled against Gehlot, intervened in the debate, saying he would fight for the party.

The vote of confidence passed with a very good majority today in the Rajasthan Assembly. Despite various attempts by the opposition, the result is in favour of the government, Congress leader Sachin Pilot, who returned to the party fold, told media after the vote on the motion.

Sachin Pilot said, "This has put a full stop on all suspicions that were rising. A roadmap has been prepared for all the issues that were being raised. I have complete faith that roadmap will be announced timely."

The BJP had earlier stated that it would move a motion of no-confidence motion, but it did not move it.

Notably, the House later adjourned to meet again next Friday.

Initiating the debate on the motion, Rajasthan Parliamentary Affair Minister Shanti Dhariwal blamed the Centre for trying to "topple" the governments in Madhya Pradesh, Manipur and Goa, using money and power, but said a similar attempt in Rajasthan would not succeed.

Referring to Akbar, he said the Mughal emperor had to taste defeat in Mewar of Rajasthan during his quest to expand his empire. Similarly, BJP's attempts to topple the Ashok Gehlot-led Congress government were defeated, he added.

In Rajasthan Assembly of 200, the Congress party has 107 MLAs and the support of Independents and allies. The BJP has 72 members.

Some parties are misleading farmers on agriculture bill: PM Modi