Congress leader Adhir Ranjan Chowdhury later said that he has full respect for PM Modi and added that Modi is his prime minister too. 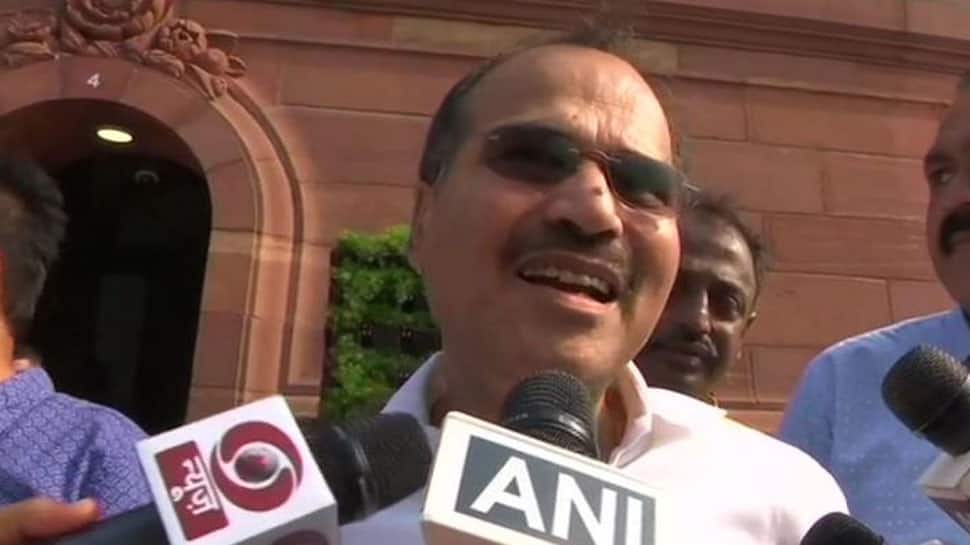 Congress leader in Lok Sabha Adhir Ranjan Chowdhury on Monday apologised for making an insulting remark on Prime Minister Narendra Modi in Lok Sabha. Chowdhury made the controversial statement while replying to the motion of thanks moved by BJP MP Pratap Singh Sarangi.

Chowdhury later said that he has full respect for PM Modi and added that Modi is his prime minister too. The Congress MP from West Bengal tried to defend himself by saying that his Hindi is not good and his remarks was not aimed to insult the prime minister. He added that Swami Vivekananda's name is also Narendra and when Sarangi compared PM Modi with Swami Vivekananda then he made the controversial remarks.

"A BJP MP compared Swami Vivekananda with PM due to a similarity in their names & put them on same pedestal, it hurts sentiments of Bengal," Chowdhury told ANI. The Congress leader, however, stressed that he is offering his apology to PM Modi under the open sky and said that his words should be expunged from the proceedings of Lok Sabha. "It is a misunderstanding, I didn't meant to insult PM but if he is upset with it I'm sorry. I had no intention to hurt him. If PM is hurt I'll personally apologise to him. My hindi is not good," he noted.

BJP IT-Cell chief Amit Malviya tweeted that by using derogatory words for PM Modi, Chowdhury was expressing gratitude towards Rahul Gandhi for appointing him the leader of Congress in Lok Sabha in Lower House of Parliament. “Quite a few people have managed to survive and rise in Congress by going down this path. Politics of love?” he asked.

During his reply on the motion of thanks, Chowdhury also launched a scathing attack on the NDA government and said, "Did you manage to catch anybody in 2G and coal allocation scam? Did you manage to send Sonia Gandhiji and Rahul Gandhiji behind the bars? You came to power by calling them thieves, then how are they sitting in Parliament? Why are not they in jail?"