Mayawati said that it will hurt the Congress' most and termed it as a drama to divert the public's attention. 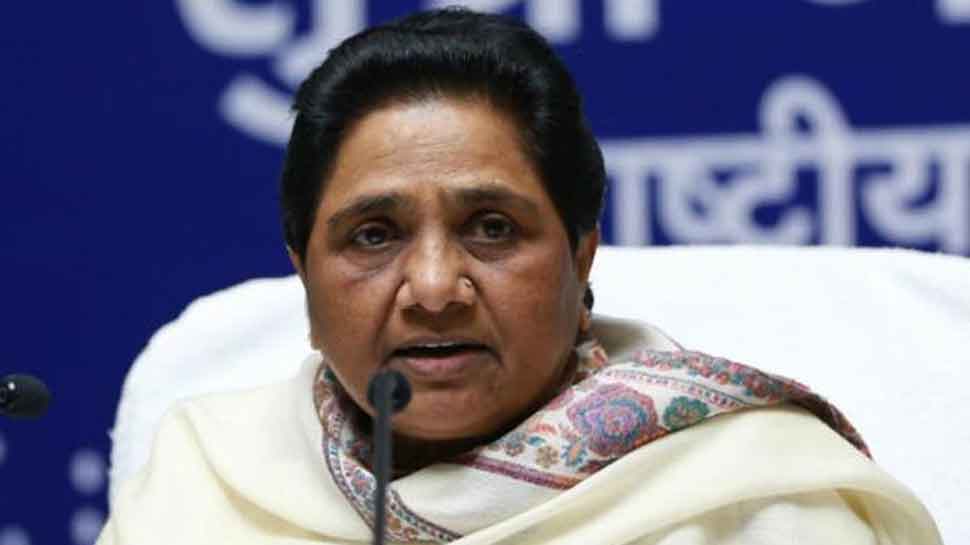 New Delhi: Bahujan Samaj Party chief Mayawati on Sunday launched a scathing on the Congress accusing the party of carrying a double standard on the issue of Veer Savarkar. In a series of tweets which she shared in Hindi, the BSP supremo questioned why Congress is still with the Shiv Sena in Maharashtra which toed a totally different line on Savarkar.

The Shiv Sena broke its three-decade-old alliance with BJP last month to side with Congress and NCP so as to make the government in Maharashtra. While in the run-up to elections, Shiv Sena promised to recommend Savarkar’s name for Bharat Ratna, Congress was opposed to it.

The controversy involving Savarkar reignited on Saturday when during Congress' 'Bharat Bachao' rally at Delhi's Ramlila Maidan, Rahul stated that he will not apologise for his 'Rape In India' remark. "I was told by the BJP in Parliament yesterday, 'Rahul ji, you gave a speech. Apologise for that.' I was told to apologise for something which is right. My name is not Rahul Savarkar. My name is Rahul Gandhi. I will never apologise for truth," he said.

He said the issue is being raised by the BJP to deflect the attention of the people from protests in North-East over Citizen Amendment Act. "I will not apologise... I have a clip in my phone in which Narendra Modi ji is calling Delhi a `rape capital`, will tweet it so that everyone can see. The main issue is Narendra Modi and Amit Shah set northeast on fire. Just to deflect attention from protests in North East, this is being made an issue by BJP," Gandhi had said.

Soon after this, Shiv Sena asked the Congress leader to exercise caution while describing Savarkar as 'God-like figure'. "The Congress should not insult Veer Savarkar," said the Sena in a stern message, adding that their 'party respects Mahatma Gandhi and Pt. Jawaharlal Nehru too."

"We respect Pandit Nehru and Mahatma Gandhi. You should not insult Veer Savarkar. No further explanation is needed for anyone sensible." "Veer Savarkar is God not just for Maharashtra but for the nation. His name is tinged with national pride and self-respect. Like Nehru and Gandhi, he dedicated his life to achieving independence. All such gods should be respected, there is no compromise on this," Sena leader Sanjay Raut wrote on Twitter.

Vendor slapped, beaten by three men for selling biryani in their area in Greater Noida — Watch