''I assure you, the country is in safe hands today," the PM said while addressing a rally in Rajasthan's Churu on Tuesday. 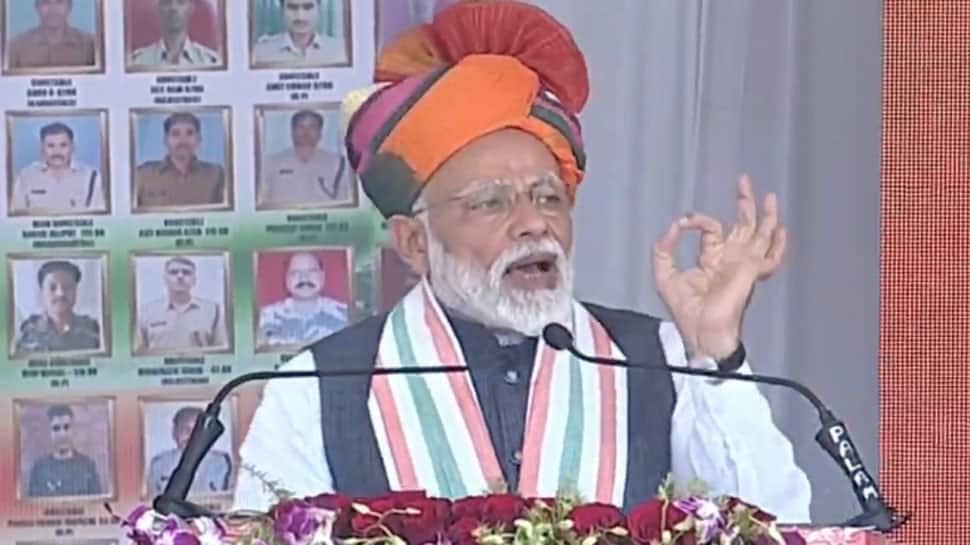 CHURU: Prime Minister Narendra Modi on Tuesday assured that the country is in safe hands, hours after at least twelve Mirage 2000 fighter jets of the Indian Air Force (IAF) carried out "non-military, pre-emptive air strikes" across the Line of Control which targeted terror group Jaish-e-Mohammed.

''I assure you, the country is in safe hands today," the PM said while addressing a rally in Rajasthan's Churu.

Making a veiled reference to the IAF raids, the PM said that the world has seen the “power” of India and that he won't let anything threaten the country.

The PM, however, avoided any direct mention of the Indian action but underlined the importance of voting for a “strong” government rather than a “majbhoor” (desperate) government in the upcoming Lok Sabha elections.

“Today, the world is watching India’s power... You are seeing it definitely,” PM Modi said.

"Today, from the land of Churu, I want to assure the countrymen that the country is in safe hands," he added.

PM recited a couplet, first narrated in 2014, by which he asserted that he will never let the country’s prestige be lowered.

“Nothing is bigger than the country,” PM Modi added.

He lauded the contribution of the armed forces and highlighted the efforts made by his government to benefit the security personnel.

He also took the occasion to throw light on measures taken by his government for farmers and said, “Within next 10 years Rs 7.5 Lakh Crore will be deposited in the accounts of farmers. They will not have to do anything for it. They will directly get a notification on their mobile phones, saying that they have received the amount.”

“Though, not one farmer is from Churu, because the government here has failed to give a list of farmers to the Centre,” he added.

It has also emerged that Prime Minister Narendra Modi followed the real-time updates of IAF's pre-dawn operation to strike down terror camps in Pakistan on Tuesday. PM Modi supervised the entire operation from the situation room at Rashtrapati Bhavan's South Block.

After the successful completion of the operation, top foreign diplomats of the US, China, Russia, UK, Brazil, Australia, Indonesia, Turkey and six ASEAN nations were duly briefed about today's operation.

The terror camp in a thick forest area atop a hill was led by Ustad Gauri, brother-in-law of JeM chief Masood Azhar, Foreign Secretary Vijay Gokhale said in a press briefing confirming the development.