England has reported six cases of this newly found Lambda variant according to the data published by PHE on Friday (June 25). 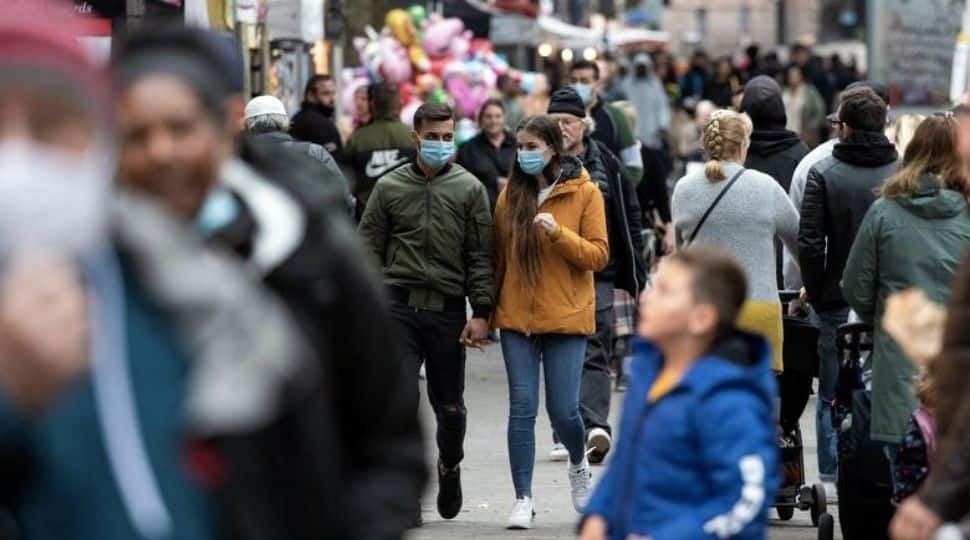 London: With 35,204 new cases of the Delta COVID-19 variant getting reported last week, the UK has seen a 46 per cent increase in the variant of concern, the Public Health England (PHE) said.

The Delta variant, first identified in India, now comprises 95 per cent of all sequenced cases in the UK, Public Health England (PHE) added.

Last week, it made up 99 per cent of COVID cases across the UK, with about 42 of the latest cases belonging to the Delta plus variant (AY.1 sub-lineage) -- thought to be more transmissible than the original Delta variant.

The PHE also reported a new strain, Lambda. It has been categorised as a variant under investigation with six cases detected between February 23 and June 7. Of these, five had been linked to overseas travel.

The PHE has asserted that two doses of vaccine are still effective at providing protection against the risk of hospitalisation.

It added that there is currently no evidence that the new variant causes more severe disease or renders vaccines less effective, the report said.

The World Health Organisation (WHO) has made a decision to rename COVID variants based on the Greek alphabet letters. The newly found variant in South America has been designated as the 'variant of interest' and it is being called the Lambda variant.

England has reported six cases of this newly found Lambda variant according to the data published by PHE on Friday (June 25).

Public Health England has also designated the Lambda (C.37) variant as a 'variant under investigation (VUI)'.

The latest PHE update stated: "PHE is carrying out laboratory testing to better understand the impact of mutations on the behaviour of the virus.

"All appropriate public health interventions will be undertaken, including additional contact tracing and targeted testing.

"Where cases have been identified, additional follow-up of cases, testing of contacts and if required targeted case finding will be deployed to limit its spread."

The main symptoms of coronavirus the NHS advises people to look out for are:

- a high temperature
- a new, continuous cough
- a loss or change to your sense of smell or taste

There is a possibility that most people with COVID symptoms will have at least one of these listed symptoms.

As someone in three people with COVID-19 does not experience symptoms, everyone is advised to get tested regularly to prevent infection from being passed on to others.

Anyone who has COVID symptoms should self-isolate, along with any members of their household.

People with COVID symptoms should also get a PCR test as soon as possible to verify whether they have COVID-19.

Four variants are listed as 'variants of concern' on the WHO watchlist.

Variants of concern on the World Health Organisation watchlist include the Alpha variant first detected in the UK.