Harjeeet Singh, who was discharged from the PGIMER on Thursday, spared time today to speak with Zee News and expressed happiness over the nationwide support he received in the wake of fighting off an attack in the line of his duty. 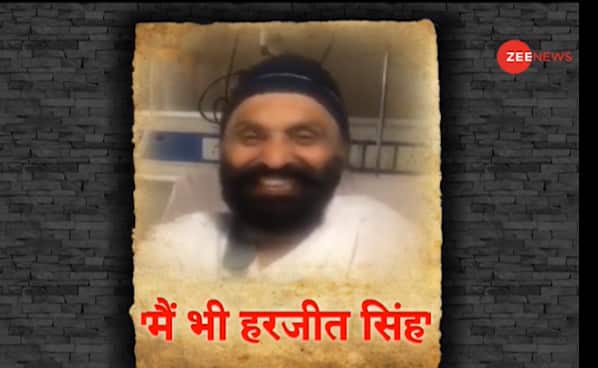 Harjeeet Singh, who was discharged from the PGIMER on Thursday, spared time today to speak with Zee News and expressed happiness over the nationwide support he received in the wake of fighting off an attack in the line of his duty.

The Punjab Police Sub Inspector, who is now recognised across the country due to his valor, first of thanked Guru Nanak Devji for his grace that he is in a good state while talking to the Zee News viewers. He asked fellow countrymen to remain united in the fight against the coronavirus, and made other valuable remarks given below:

1. Sub Inspector Harjeeet Singh appealed to people to stay at home to win over the battle against COVID-19

2. He said people should behave like a good citizen with the frontline health workers and policemen doing their duty

3. Harjeeet Singh said everybody should come together to end this coronavirus pandemic.

4. To those who are defying the lockdown guidelines, he said that they must follow the norms, otherwise, the administration will deal with a stern hand.

5. About his incident, the Punjab Police SI said that initially, I had asked my colleagues not to tell the truth to his family but later told them the truth, adding "after witnessing the support of the people of Punjab as well as the whole country, I forgot everything that had happened with me."

6. Giving a message, he said people should understand that this pandemic doesn't see religion caste or creed and hits everyone in the same way, therefore, they should come together to wage war against the deadly virus.

Harjeeet Singh, who thanked Punjab Chief Minister Amarinder Singh for his encouragement and the PGI doctors and paramedical staff taking great care of him, said that once he recovers, he would join the duty.