Yesterday, Priyanka was on her way to Lucknow's residence of retired IPS officers SR Darapuri, who was arrested during anti-CAA protests, when she was stopped by the state police. 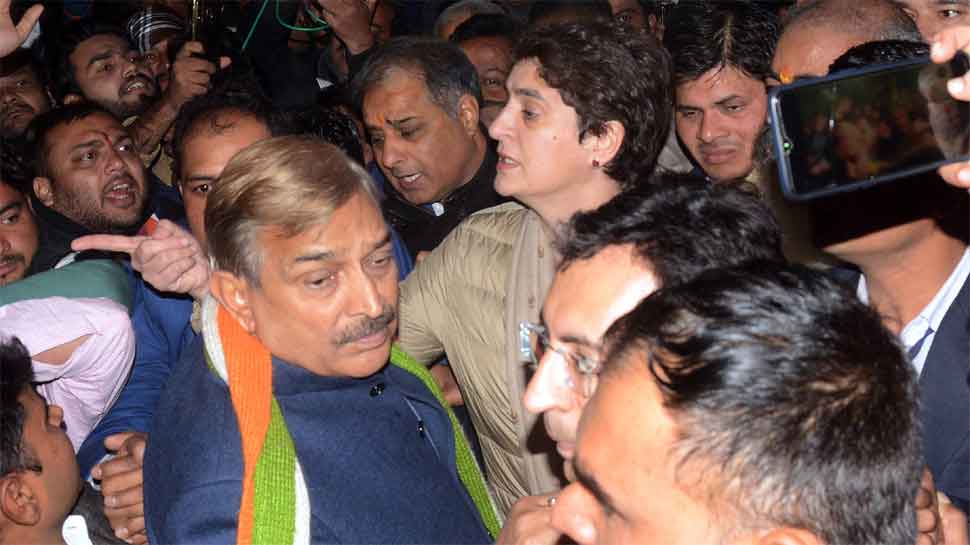 New Delhi: The Central Reserve Police Force (CRPF) summoned its officers and asked for information about an alleged security breach of Congress general secretary Priyanka Gandhi Vadra in Lucknow on Saturday. Yesterday, Priyanka had taken a different path from what was already decided, without informing her security in advance.

On December 28, Priyanka Gandhi Vadra was on her way to Lucknow's residence of retired IPS officers SR Darapuri, who was arrested during anti-CAA protests. Priyanka was stopped by at Lohia Path in the UP capital; however, she managed to sped away on a scooter, driven by party Secretary Dheeraj Gurjar. They were later stopped at the Polytechnic Square, form there she walked to Darapuri`s residence.

Priyanka later alleged that she was manhandled by the police and 'grabbed by the neck for no reason'. "The police stopped me while I was going to meet Darapuri's family. The cops manhandled me. They surrounded me while I was riding pillion on a party worker`s two-wheeler. After that I walked to Darapuri's residence." She was also prevented from meeting the family of Congress leader Sadaf Jafar, who has been arrested over anti-CAA protests.

"Singh has also written that whatever rumours were doing rounds on social media of heckling and strangulating Priyanka Gandhi Vadra are untrue," Naithini added.

The family of Rajiv Gandhi were included in the VVIP security list following a September 1991 amendment to SPG Act of 1988. However, in November, the central government withdrew the SPG protection for Gandhis and replaced it with Z+ security cover provided by the CRPF. On November 21, Priyanka Gandhi had slammed the Centre for removing SPG cover of the members of Gandhi family, saying the decision was 'part of politics' and something that 'keeps happening'.