While Odisha is likely to bear the maximum brunt of Cyclone Fani, coastal districts of West Bengal and Andhra Pradesh too are on high alert. 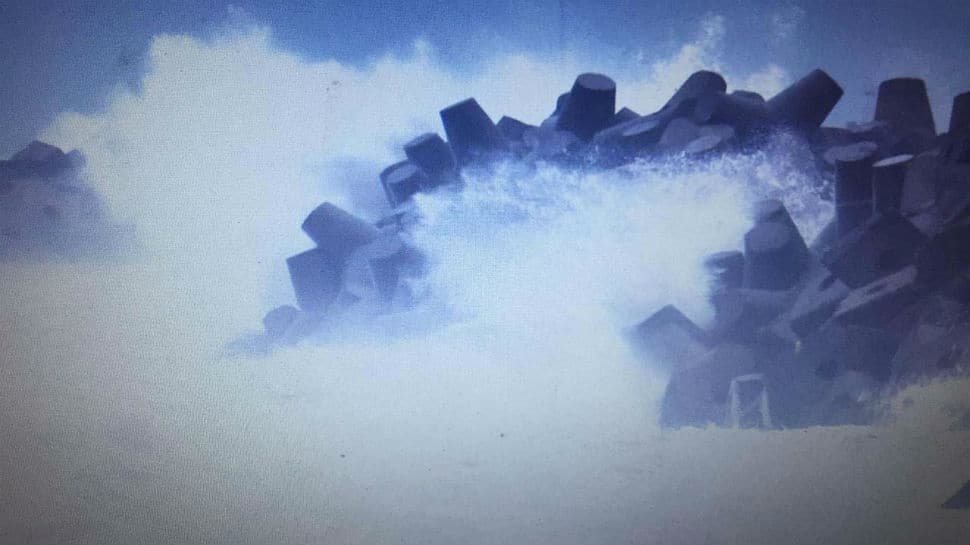 The India Meteorological Department informed in the wee hours of Thursday morning that Cyclone Fani over west central Bay of Bengal, which had moved north-northeastwards by Wednesday evening, was just over 500 kilometres from Puri in Odisha by around midnight.

The extremely severe cyclonic storm is likely to cross Odisha coast around Puri by Friday, accompanied by high-speed winds of up to 200 kmph and bringing heavy to very heavy rainfall in several districts of the state as well as in Andhra Pradesh and West Bengal. An orange alert has been issued by the Met department which calls for preparations ahead of cyclonic conditions developing. It has been predicted that isolated heavy to very heavy rainfall is very likely over Gajapati, Ganjam, Puri, Khordha, Koraput, Rayagada and Kandhamal districts of Odisha on Thursday. A red warning,  which necessitates on-ground actions,  has been issued for Friday in these districts as well as in Puri, Cuttack, Dhenkanal, Angul, Keonjhar and Mayurbhaj districts of the state. 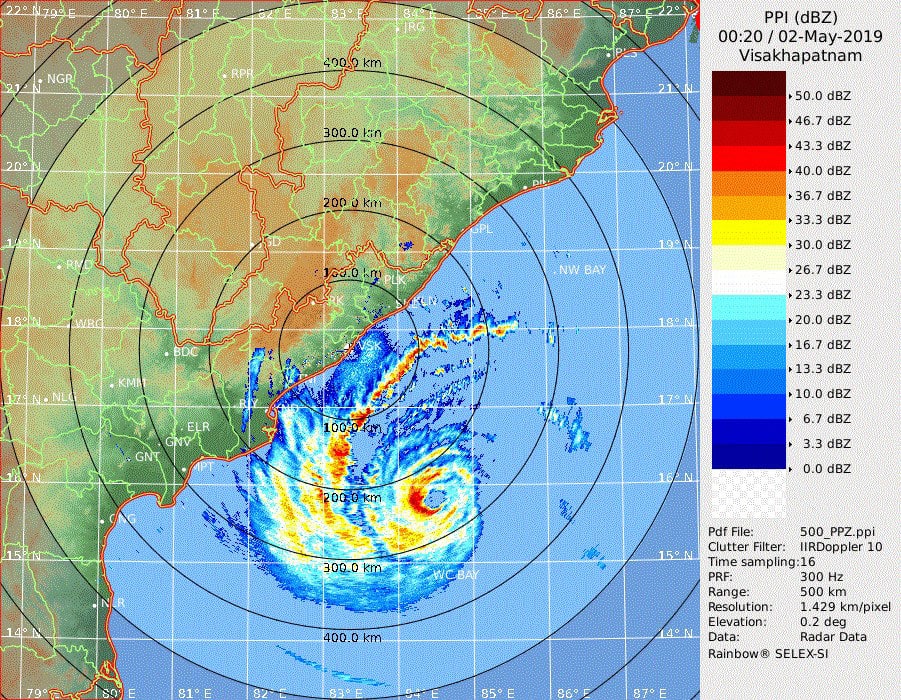 Coastal districts of West Bengal and Andhra Pradesh too have been warned to take precautionary measures as the sea all along the coast of these three states is likely to remain rough for the next two to three days.

The Indian Navy and Indian Coast Guard have stepped up efforts to ensure safety at sea with its ships being equipped with additional relief materials. The Navy has also kept two aircraft on standby.

The National Disaster Response Force (NDRF) and state disaster response teams are also working overtime to ensure that proper measures are in place in districts most likely to bear the brunt of Cyclone Fani. Meanwhile, news agency PTI reported that state-owned Oil and Natural Gas Corp (ONGC) has evacuated 480 of its employees from rigs operating in the Bay of Bengal. ONGC has also moved at least four rigs to safer waters away from the path of severe cyclonic storm Fani.

Disruptions in rail and road links are expected at many places in coastal Odisha and West Bengal. In Odisha in particular, leaves of doctors and other health officials have been cancelled till May 15 while schools and colleges will remain shut. Chief Minister Naveen Patnaik, who reviewed the preparedness, said around eight lakh people will be evacuated from vulnerable areas to safe places by Thursday evening. The poll code has been withdrawn by the Election Commission from 11 districts here.

Tourists in coastal areas of Odisha - especially in Puri - are being asked to leave by Thursday evening even as fishermen are being warned not to venture into the sea.