The Navy on Thursday morning launched a fresh aerial search and rescue mission, deploying helicopters to scour the waters off Mumbai coast, where the accommodation barge P305 went adrift in Cyclone Tauktae fury before it sank Monday. 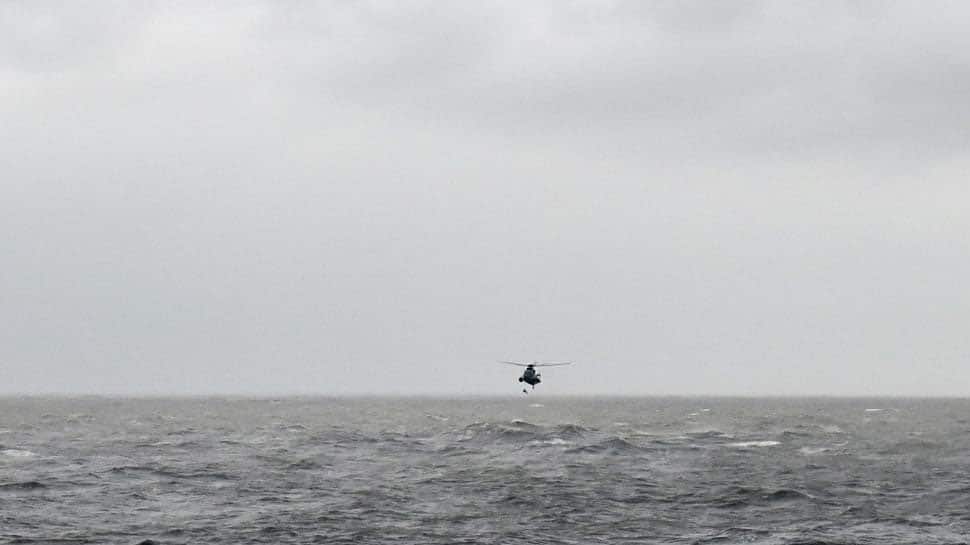 Mumbai:  With 38 people on board a barge that sank in the Arabian Sea four days ago still missing, Indian Navy ships worked through the night, using searchlights to trace any movement in the pitch dark waters, as hopes of finding more survivors began to recede on Thursday.

The Navy on Thursday morning launched a fresh aerial search and rescue mission, deploying helicopters to scour the waters off Mumbai coast, where the accommodation barge P305 went adrift in Cyclone Tauktae fury before it sank on Monday. 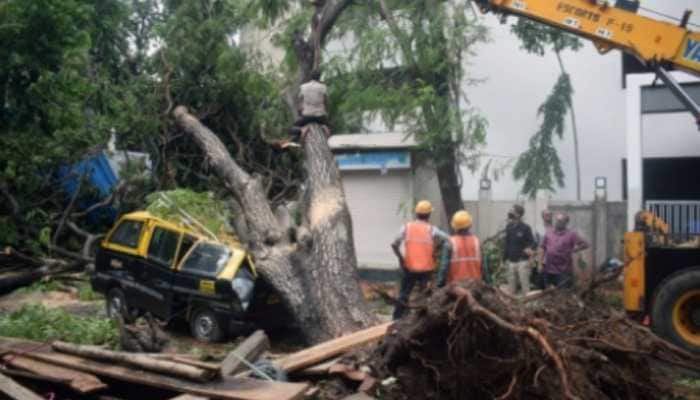 Chances of finding more survivors are looking bleak, another official said. The Navy had so far maintained that there were 273 persons on board the barge but an official on Wednesday evening said that the company which operated it has informed that there was 261 personnel on board the ill-fated barge.

Mumbai Police will conduct a probe as to why the ill-fated barge P-305 stayed in the area despite warnings about Cyclone Tauktae, an official said.

The Yellow Gate Police in south Mumbai on Wednesday registered an accidental death report (ADR) in connection with persons on the barge whose bodies have been recovered.

"The Navy's Search and Rescue (SAR) operations off Mumbai and Gujarat entered its fourth day today. Naval ships and aircraft are presently undertaking SAR of the missing crew members of Accommodation Barge P-305, which sank on Monday 35 miles off Mumbai," the spokesperson said.

On completion of its operations off Gujarat coast, INS Talwar has also been diverted to conjoin the other three naval ships searching for the missing crew of barge P-305, off Mumbai.

INS Talwar was the 'On Scene Coordinator' off Gujarat coast and assisted Support Station 3 (SS-3) and Drill Ship Sagar Bhushan, which are now being safely towed back to Mumbai by ONGC support vessels, he said.

Food and water to the 300 odd crew members of these vessels was also provided by naval helicopters from Mumbai, earlier in the day," he said. "As of now, 188 crew members of Accommodation barge P-305, and two from Tug 'Varapradha' have been rescued by Navy ships and aircraft. A total of 26 mortal remains of the crew of Barge P305 have been recovered so far," he said.

"Search and rescue operations are still on. However, the chances of finding more survivors are getting bleaker by the hour," an official said. All personnel on board two other barges and an oil rig rendered adrift hours before the "very severe cyclonic storm" made landfall on the Gujarat coast are also safe, a Navy spokesperson said.

After reaching Mumbai, the rescuees recounted how they battled tidal waves as high as 10 metres and strong winds while trying to stay afloat in the cyclone-hit rough Arabian Sea for two days.

Workmen rescued from barge P305 narrated their horrifying experience in their quest for survival. Some said they had almost lost the hope of making it alive back home.

"It was a horrific situation on the barge. I had not thought I would survive. But, I swam in the waters for seven to eight hours with the determination to stay alive and was rescued by the Navy," workman Manoj Gite told reporters here.

Gite (19), a resident of Kolhapur, said as the barge started sinking, all workmen got worried and he along with others wore a life jacket and jumped into the waters. Asked if he would return to the rig again, Gite said he is not keen to go back and is contented to be alive after the nightmarish experience.

Another workman, who was injured in the incident, thanked the Indian Navy for saving his life. "It is because of the Navy that we all are alive and safe today, otherwise we don't what would have happened to us," the workman said while fighting back his tears.

Deputy Chief of Naval Staff Vice Admiral Murlidhar Sadashiv Pawar said the ongoing SAR is among the most challenging search and rescue operations in the last four decades.

Navy ships were deployed on Monday after receipt of a request for assistance for barge 'P305' adrift off Heera oil fields in Bombay high area with 261 personnel on board. The oil fields are around 70 km southwest of Mumbai.