Cyclone Tauktae intensified into an extremely severe cyclonic storm on Monday morning around 5:30 AM. 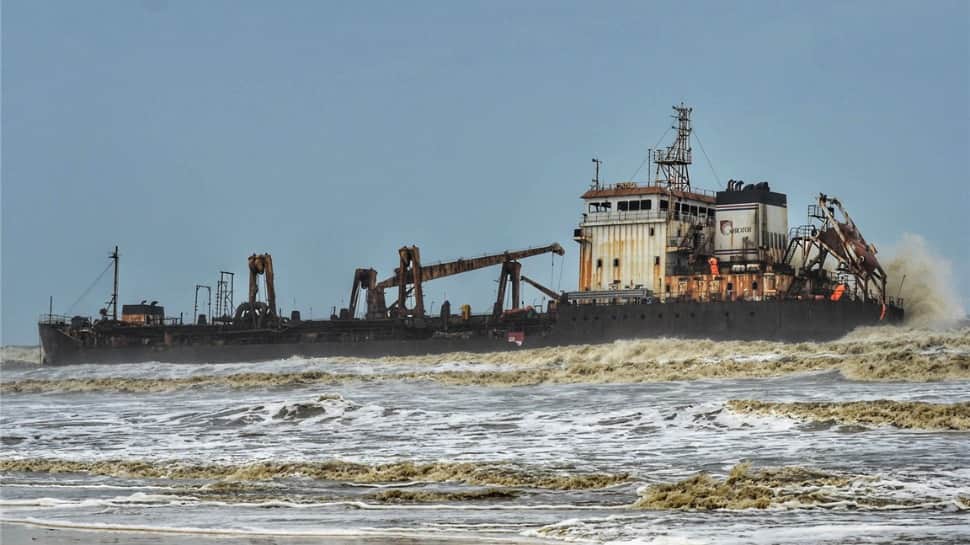 New Delhi: The National Weather Forecasting Centre of the India Meteorological Department (IMD) on Monday (May 17, 2021) afternoon said that the Cyclone Tauktae (pronounced as Tau'Te) will touch the Gujarat coast in the evening with a speed gusting to 185 kmph.

In a weather bulletin issued at 1 PM, the IMD said that the Cyclone Tauktae has intensified into an extremely severe cyclonic storm on Monday morning (5:30 AM) and lay centred over east-central Arabian Sea near latitude 18.8°N and longitude 71.5°E, about 150 km west of Mumbai, 220 km south-southeast of Diu and 260 km southeast of Veraval (Gujarat) at 8:30 AM.

"It is very likely to move north-north-westwards and reach Gujarat coast in the evening hours of May 17 and cross Gujarat coast between Porbandar and Mahuva (Bhavnagar district) during the night (2000–2300 hrs) of May 17 with a maximum sustained wind speed 155-165 kmph gusting to 185 kmph," the IMD stated.

Cyclone Tauktae has so far reportedly killed at least 12 people and has left a trail of destruction in Kerala, Karnataka, Goa and Maharashtra.

In Gujarat, over 1.5 lakh people have been moved from their homes to safety. Gujarat revenue secretary said that this will be the most severe cyclone to hit Gujarat in at least 20 years. "This can be compared with the 1998 cyclone that hit Kandla and inflicted heavy damage," he added.

Konkan and adjoining central Maharashtra: Light to moderate rainfall at most places with heavy to very heavy falls and extremely heavy falls at isolated places on May 17 and isolated heavy rainfall over north Konkan on May 18.