Cyclone Tauktae to weaken into a Depression in next few hours after killing over 29, causing widespread damage 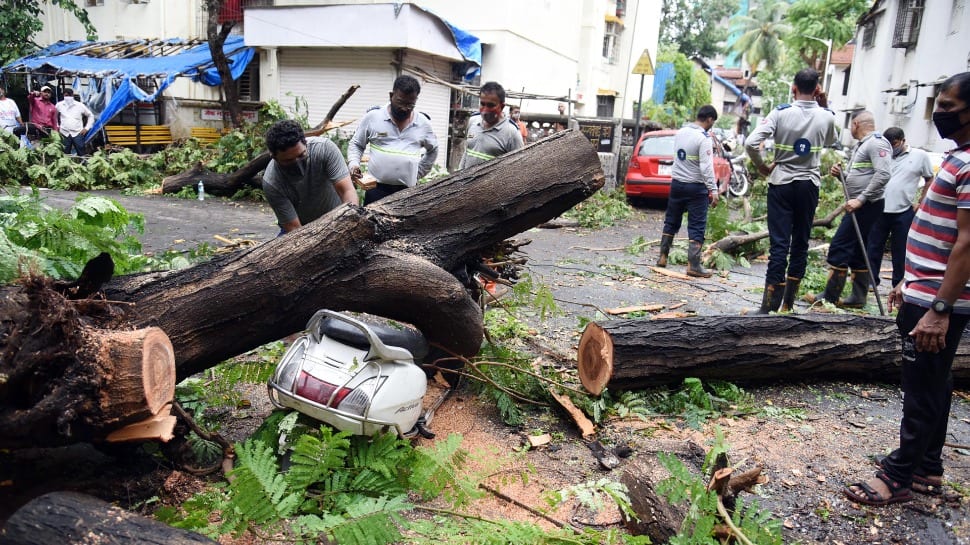 Fire Bridge personnel clear a fallen tree as they carry out restoration works in the aftermath of Cyclone Tauktae, in Mumbai. (ANI Photo)
Share:
Written By:

New Delhi: The India Meteorological Department (IMD) on Wednesday (May 19, 2021) said that Cyclone Tauktae will weaken into a Depression in the next few hours.

In a weather bulletin released at 1 AM, the IMD stated, "The Deep Depression 'Tauktae' (pronounced as Tau'Te) over Gujarat region moved north-northeastwards with a speed of about 20 kmph during past six hours and lay centred at 2330 hours IST of May 18, 2021, near latitude 24.0°N and longitude 73.0°E, about 110 km north-northeast of Ahmedabad."

Deep Depression (Remnants of Tauktae) over Gujarat region lay centered at 2330 hours IST of the 18th May, 2021 is about 110 km north-northeast of Ahmedabad. It is likely to weaken gradually into a Depression during next 06 hours. pic.twitter.com/SPZHYPdqnt

The weather department further said that it is very likely to move north-northeastwards and weaken gradually into a Depression in the next few hours.

"The remnant of the system is very likely to move further northeastwards across Rajasthan to west Uttar Pradesh during May 19 and 20," the IMD added.

The IMD gave a rainfall warning over Gujarat and Rajasthan. "Light to moderate rainfall at most places with heavy to very heavy falls isolated places very likely over Gujarat region and Saurashtra during next 12 hours," the Met Department said.

"Heavy falls at isolated places over north Rajasthan likely on May 19," the IMD added.

Tauktae, notably, stands to be the strongest storm to impact Gujarat in over two decades. 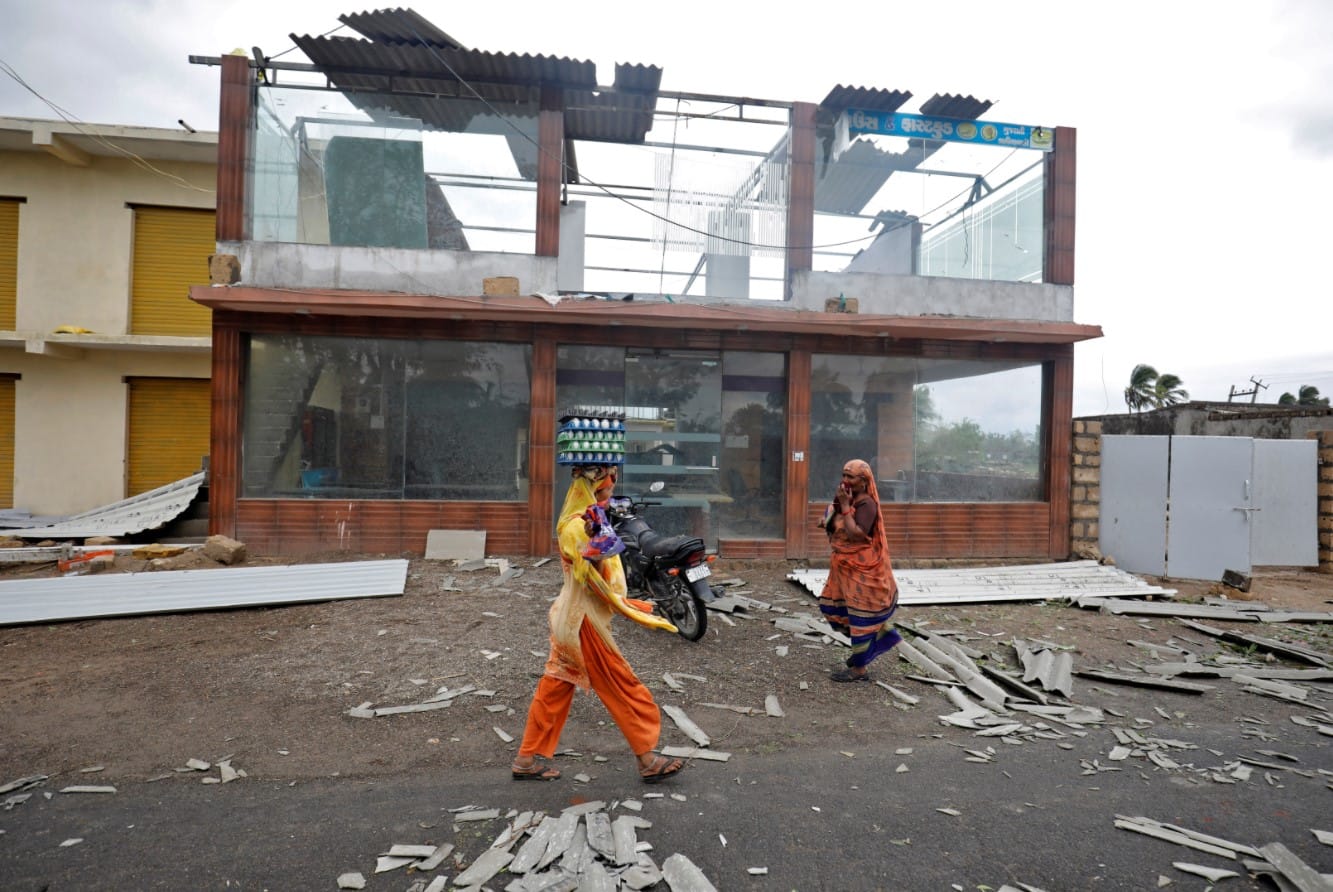 It also battered several parts of the coastal states of Maharashtra, Goa, Karnataka, and Kerala and left behind a trail of destruction, uprooting electric poles and trees, and damaging several houses and roads, before weakening on landfall in Gujarat on Monday night.

The powerful cyclone has so far reportedly taken over 29 lives. 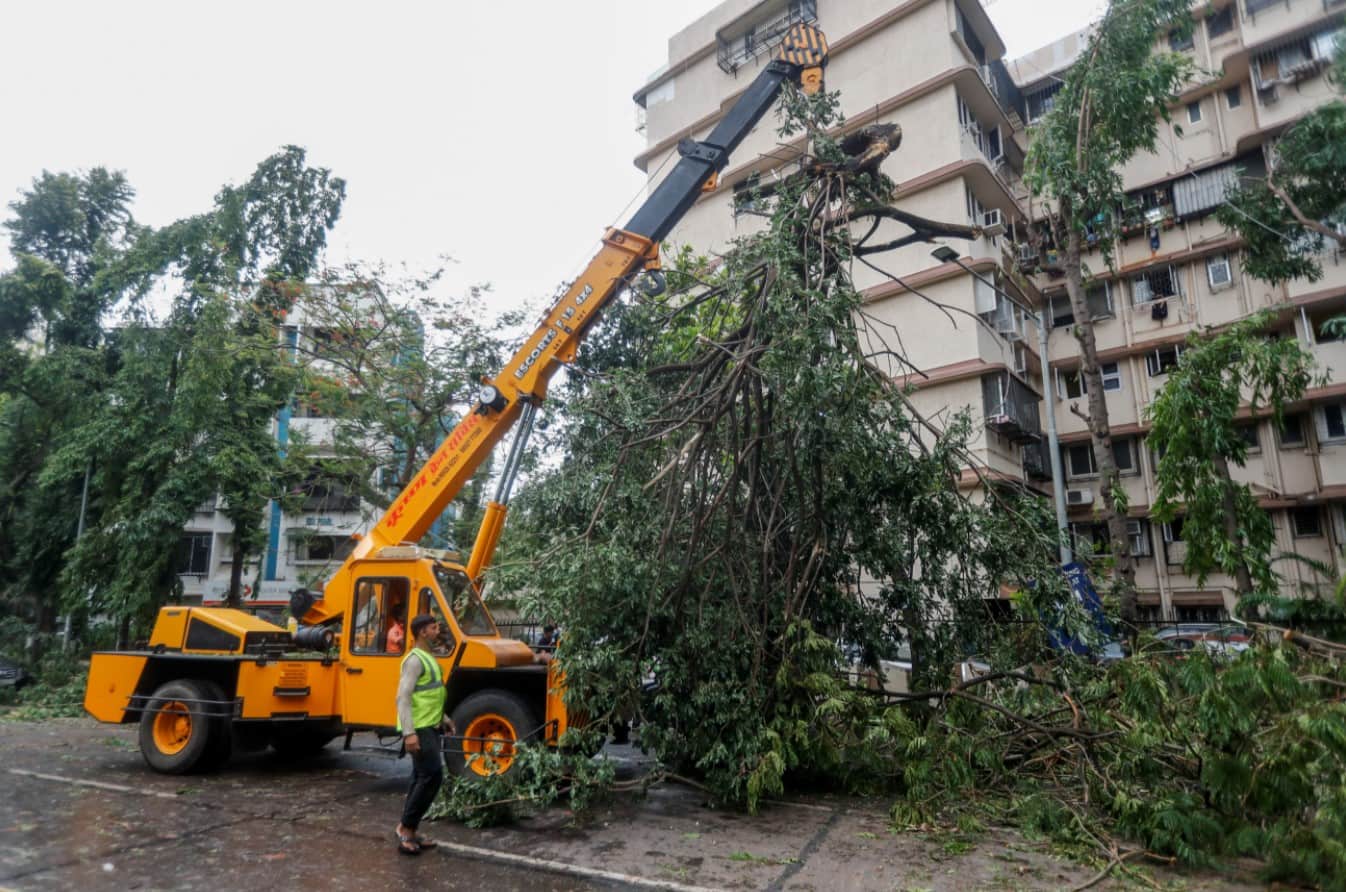 Meanwhile, Prime Minister Narendra Modi is scheduled to visit Gujarat and Diu on Wednesday to review the situation and damage caused by Cyclone Tauktae. PM Modi will take an aerial survey of Una, Diu, Jafarabad and Mahuva.

The Prime Minister will also hold a review meeting with Gujarat CM Vijay Rupani after the aerial survey.