On Tuesday, the pollution level in Delhi-NCR improved significantly, bringing a slight relief to the residents. In the morning the Air Quality Index (AQI) docked at 218 and in Noida, it stood at 284 and Gurugram at 197. 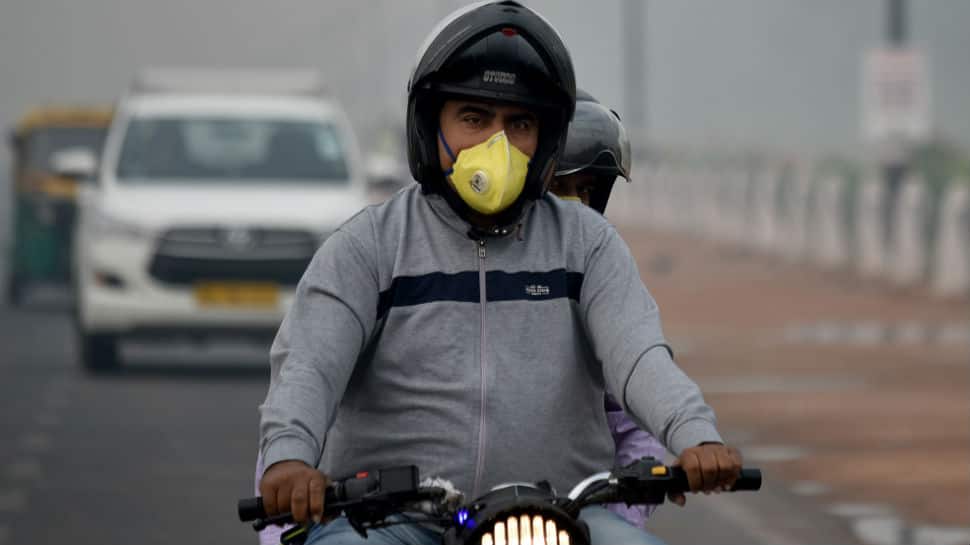 New Delhi: Thick smog is likely to shroud Delhi and its adjoining areas on Wednesday and the air quality is expected to plunge again to the 'severe' category, reports said on Tuesday.

Kuldeep Srivastava, a top official at the Indian Meteorological Department (IMD), stated that the wind speed decreased on Tuesday due to which, the smog is likely to return. He further added that the situation will prevail for three-four days and after November 25, it is likely to improve.

Meanwhile, a press release from Central Pollution Control Board (CPCB) said that the air quality is likely to deteriorate from 'poor' category to 'very poor' or lower end of 'severe' category owing to the weak winds on Wednesday and is likely to further deteriorate on Thursday.

The statement also added that stubble burning in Haryana, Punjab and Pakistan have been observed and no significant dust transport from Delhi is expected.

On Tuesday, the pollution level in Delhi-NCR improved significantly, bringing a slight relief to the residents. In the morning the Air Quality Index (AQI) docked at 218 and in Noida, it stood at 284 and Gurugram at 197.

However, the Air Quality Index (AQI) is forecasted to slightly deteriorate to the poor category by the evening then further deterioration is expected.

Skymet Weather predicts that the pollution level would be at its peak due to Western Disturbance.

A fresh Western Disturbance would soon approach the Western Himalayas. This system would restrict the flow of moderate winds over Delhi-NCR region. In the absence of strong winds, the air pollutants would find their ways to accumulate near the earth's surface, it added.

Delhi-NCR has been reeling under severe air pollution since a month now. Locals especially the middle-aged people complained of breathless and fatigue and have urged the government to take requisite measures to combat the menace.

To curb air pollution, Delhi Chief Minister Arvind Kejriwal-led AAP government in Delhi had announced the implementation of the Odd-Even scheme from November 4 to 15.