All the 10 Assembly seats under the New Delhi Lok Sabha constituency voted in favour of the ruling Aam Aadmi Party. 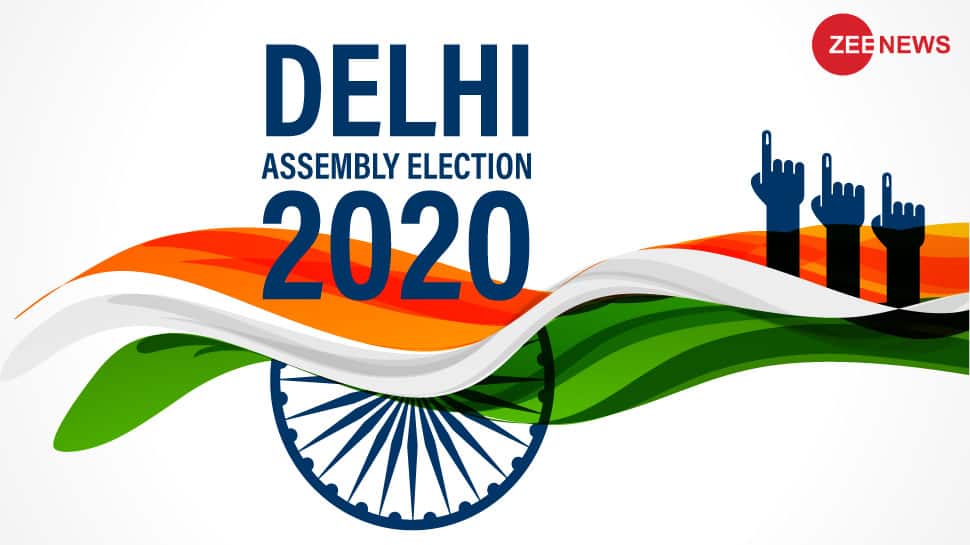 New Delhi assembly constituency, which was carved out of Gole Market and Sarojini Nagar seats in 2008, has a history of being represented by Delhi chief minister.

In the previous two elections, AAP chief Arvind Kejriwal won the seat which was once a Congress bastion. Kejriwal had defeated former chief minister Sheila Dikshit with a margin of over 25,000 votes in the 2013 election, and in 2015, he registered a victory over BJP's Nupur Sharma.

2. Karol Bagh: Vishvesh Ravi defeated BJP's Yogender Chandolia with 31,760 votes from this reserved seat (SC). In 2015 assembly election, the BJP lost this seat due to a rebellion. Otherwise, this constituency has been a traditional seat of BJP for nearly two decades.

Karol Bagh houses some of the busiest and famous markets including Desh Bandhu Gupta Road, Ajmal Khan Road, Tank Road Market, and Ghaffar Market, is electorally dominated by Dalit voters, who comprise at least 25-30 per cent of the population.

3. Patel Nagar: Aam Aadmi Party's Raj Kumar Anand has defeated Pravesh Ratn of BJP with a margin of 30,935 votes from this reserved constituency (SC). In 2020 Assembly election, the AAP changed its candidate this time, replacing sitting MLA Hazari Lal Chauhan with Raj Kumar Anand, who is among the richest candidates in this election with declared assets of Rs 76 crore.

The Congress has given its ticket to veteran leader Krishna Tirath. Dominated by Jatav voters, the key areas under this Assembly segment include East and West Patel Nagar, Rajendra Place, Ranjeet Nagar, Baljit Nagar, Prem Nagar, along with colonies like Faridpuri, Punjabi Basti and Shadipur.

In the 2015 poll, Rajesh Lilothia of Congress had lost to AAP’s Hazari Lal Chauhan with a record margin of 68,868.

4. Moti Nagar: BJP's Subhash Sachdeva once again lost to AAP's Shiv Charan Goyal, who won this seat with a margin of 14,072 votes. Moti Nagar Assembly constituency, created in 1993, has a significant presence of Sikh and Punjabi voters.

A traditional BJP bastion, Moti Nagar comprises areas like Sudarshan Park, Rajouri Garden, Ramesh Nagar, Shardapuri, Kirti Nagar and Saraswati Garden, besides the DDA district park and Swatantra Bharat Mills, which is spread over an area of more than 75 acres.

BJP's late Madanlal Khurana has represented this seat twice and became the chief minister of Delhi in 1993. After he resigned from the Assembly in 2004, Subhash Sachdeva of the BJP won the seat in a by-election and continued to win it in 2008 and 2013 polls.

In 2015 Assembly eletion, Sachdeva was defeated by AAP’s Shiv Charan Goyal by over 15,000 votes.

5. Delhi Cantonment: Virender Singh Kadian of AAP defeated his nearest BJP rival Manish Singh with a margin of 10,590 votes. In 2015 Assembly election, Surender Singh of AAP had recorded victory over Karan Singh Tanwar of BJP with a 51.82 per cent vote share.

In the 2020 Assembly election, AAP fielded retired Indian Air Force (IAF) officer Virender Singh Kadian against BJP's Manish Singh, who is known to be a close aide of Delhi BJP President Manoj Tiwari. The Congress has reposed faith in its loyalist Sandeep Tanwar.

The Congress has fielded a student leader from Jat community, Rocky Tuseed, who headed Delhi University Students' Union in 2017.

With a substantial number of Other Backward Class and Scheduled Class voters, who mainly live in unauthorised colonies and slums, Rajinder Nagar is witnessing a triangular contest. Sitting AAP MLA Vijender Garg won this seat in 2015 Assembly poll with over 54 per cent votes defeating BJP's RP Singh.

RP Singh had won this seat in 2013 election, and before him, Puran Chand Yogi of BJP represented this constituency from 1993 until his demise in 2008.

Once populated by refugees from Pakistan in the 1950s, Malviya Nagar currently houses up-scale areas that share boundaries with unauthorised colonies.

Named after Ramkrishna Paramahansa, RK Puram comprises a significant number of voters from the Purvanchal region and Uttarakhand, besides having a residential area for government employees.

10. Greater Kailash: Saurabh Bhardwaj of AAP has won this high-profile constituency for the third term defeating Shikha Roy of BJP with a margin of 16,809 votes. In the 2015 election, he had won with 14,583 votes.

Muslim, Jat voters are known to play a decisive role in this constituency that comprises Greater Kailash Enclaves, Chittaranjan Park, Sainik Farms, and Alakananda DDA apartments. Once considered a BJP stronghold, Greater Kailash is a mix of affluent and middle-class residences.

Dr VK Malhotra of BJP was the first MLA to represent Greater Kailash, which was carved out in 2008.