The meteorologists at Skymet Weather have predicted a gradual increase in the day and night temperatures of the National Capital Territory during the next two to three days. 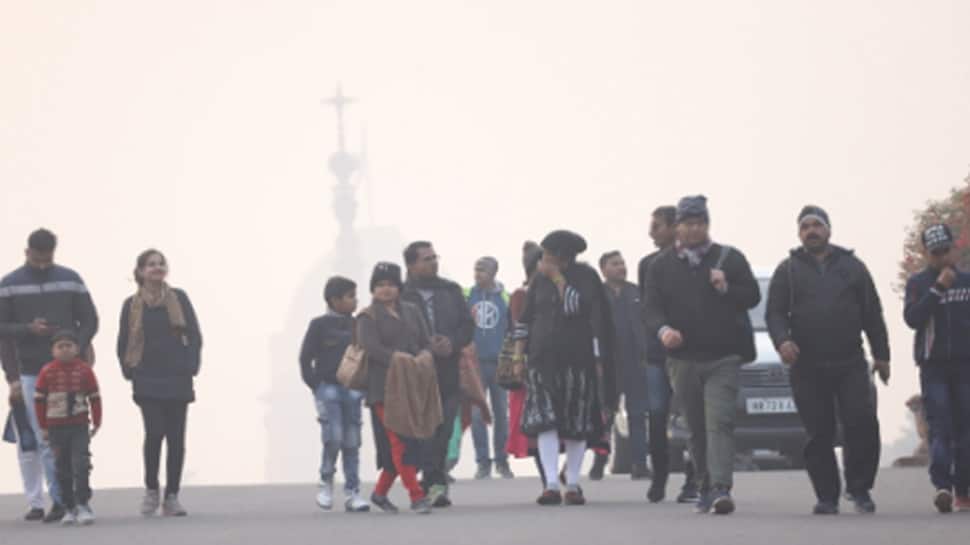 New Delhi: Relief from the cold wave sweeping the Delhi-NCR region is expected around New Years Eve as temperatures are expected to rise during the next 48 hours.

The meteorologists at Skymet Weather have predicted a gradual increase in the day and night temperatures of the National Capital Territory during the next two to three days.

Relief is likely from the freezing cold weather as both maximums and minimums are expected to rise during the next 48 hours.

After recording the lowest minimum of 2.4 degrees Celsius, Delhi saw a marginal rise in its temperatures on Sunday morning. Mercury settled at 3.2 degrees in Palam, while at 3.4 degrees in Safdarjung, which happens to be 1 degree higher than Saturday.

The visibility levels may also improve as the fog density would reduce after 24 hours.

The cold winds are likely to get replaced by much warmer easterly and southeasterly winds, thus, improving the foggy conditions in Delhi, Noida, Gurugram, Ghaziabad and Faridabad.

This phenomenon may occur owing to the approach of a fresh Western disturbance over the western Himalayas on Monday.

The system is most likely to affect the northern plains including Delhi-NCR in the form of scattered light to moderate rain on January 1 or 2.

Chances of isolated hailstorm on these two days cannot be ruled out, according to Skymet Weather.

In the wake of above system, minimum temperatures would rise and settle near normal. This would bring a much-expected relief from ongoing cold wave conditions in Delhi and adjoining region.