Cold weather conditions intensified over Delhi-NCR since Monday, but Tuesday saw the maximum temperature plunging to 12.2 degree Celsius, the coldest December in 22 years. 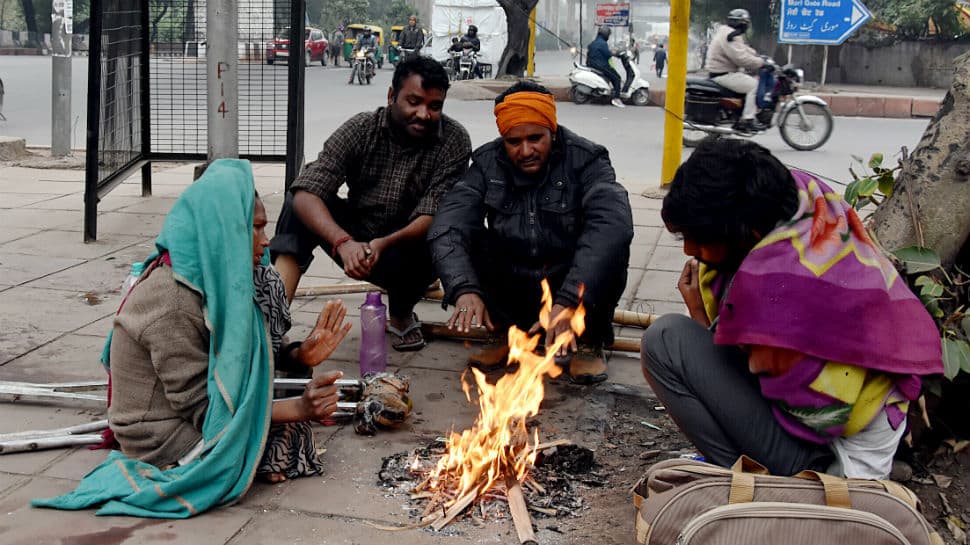 Cold weather conditions intensified over Delhi-NCR since Monday, but Tuesday saw the maximum temperature plunging to 12.2 degree Celsius, the coldest December in 22 years.

The weather conditions have affected the normal lives of the people. Some were seen taking refuge at night shelters set up across the city.

The Indian Meteorological Department (IMD) has predicted that the cold day conditions will  continue to prevail in pockets over Punjab, Haryana, Chandigarh, Delhi and Rajasthan will become less intense from Wednesday.

The IMD also predicted light rainfall and snow over the western Himalayan region due to a fresh western disturbance from the night of December 18.

Meanwhile, the air quality in the national capital, which was under 'moderate' category, worsened on Wednesday. The Air Quality Index in the morning was 294 - 'poor' category.

Meanwhile, due to increasing cold wave conditions in Uttar Pradesh, schools in Saharanpur and Bareilly have been shut.