The Karkardooma court will take up the charge sheet for consideration on June 16. 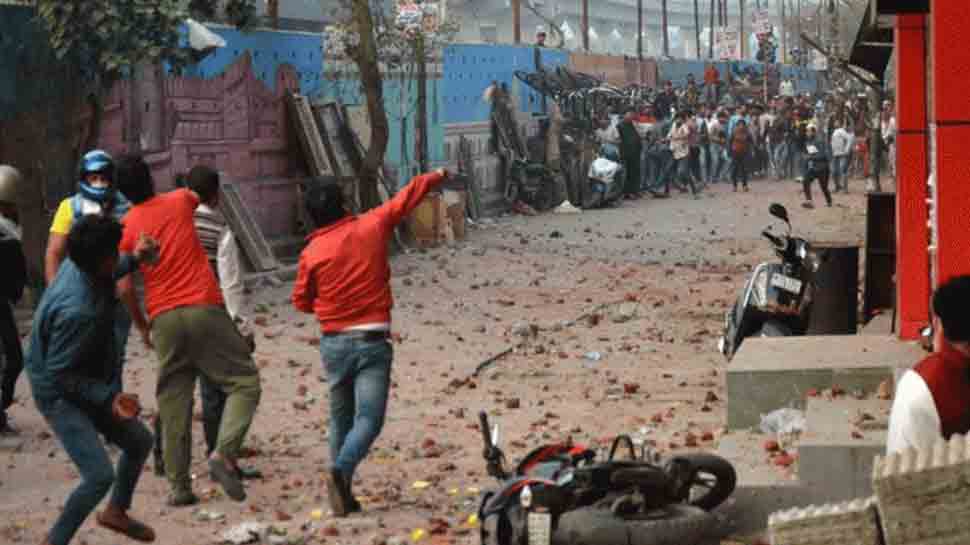 New Delhi: Delhi Police on Tuesday (June 1) filed a 1,030-page charge sheet against suspended AAP councilor Tahir Hussain and 14 others in a Karkardooma court in connection with the riots that took place in Chand Bagh area of northeast Delhi in February this year. The court will take up the charge sheet for consideration on June 16.

Tahir Hussain, the alleged mastermind, who organised the violence in the region for which he spent around Rs 1.30 crore. The brother of Tahir Hussain, along with 15 others, has also been named as accused in the Delhi riots cases.

The charge sheet hints at the conspiracy being hatched by key accused Tahir Hussain, who also met Umar Khalid and Khalid Saifi and others who had participated in the protest against the Citizenship Amendment Act (CAA) ahead of the Delhi violence.

The purpose of this meeting is yet to be ascertained, but it took place when the US President, Donald Trump, had come to Delhi.

Tahir Hussain is understood to have admitted to his involvement in the violence. The charge sheet also stated that Hussain admitted that he was present at the terrace of his house at the time of the incident.

A relative of Hussain named Gulfam had on January 31 bought 100 live ammunitions, of which only seven have been recovered by the police, the charge sheet said, adding that it is clear that the bullets were used during the violence.

Notably, Crime Branch of Delhi Police has listed 75 witnesses in the charge sheet.

A charge-sheet was earlier been filed against Shahrukh Pathan, who had allegedly opened fire on head constable Deepak Dahiya during the violence in northeast Delhi.

Over 700 FIRs have been lodged and the SIT probing the Delhi violence has arrested and detained over 2,500 people, including the suspended AAP councillor Tahir Hussain in connection with the cases, according to the police.

Meanwhile, two charge sheets in connection with the Delhi violence that took place in Chand Bagh and Jafrabad areas were filed by Delhi Police today.

Earlier in February, clashes had broken out in northeast Delhi between the groups supporting and opposing the Citizenship Amendment Act (CAA), which led to the deaths of at least 53 people. Violence had erupted in various parts of northeast Delhi, including Chand Bagh and Jafrabad, Khajoori Khaas, Dayalpur, Gokulpuri, and Bhajanpura among others.