Delhi wakes up to rain, more showers likely in next few days

The Western Disturbance and it`s interaction with a cyclonic circulation is likely to cause rain accompanied by thunderstorms and hailstorms in parts of the city tomorrow, according to IMD. 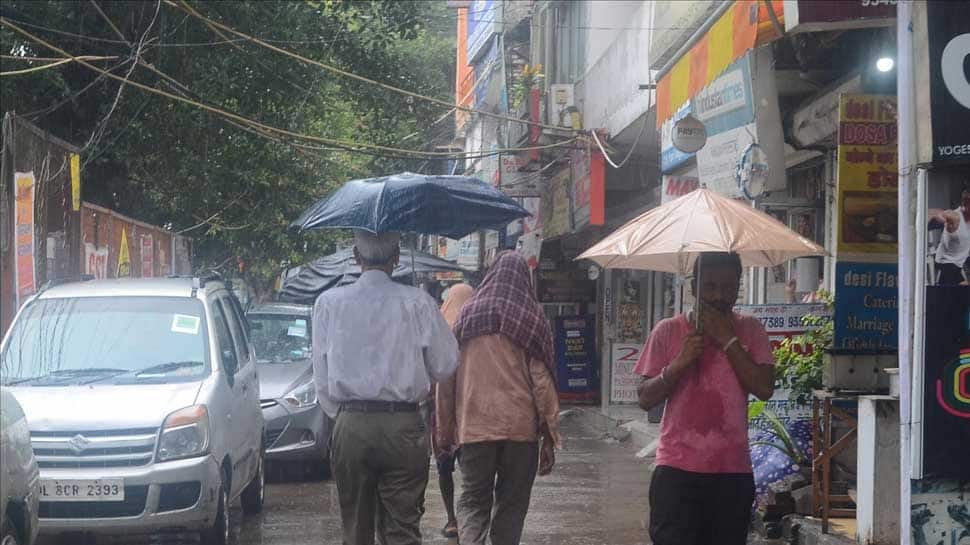 The Western Disturbance and it`s interaction with a cyclonic circulation is likely to cause rain accompanied by thunderstorms and hailstorms in parts of the city tomorrow, according to IMD."The peak thunderstorm activity would be on February 6 and 7 when widespread light to moderate rainfall and thunderstorm accompanied with strong surface winds (20-25kmph) and isolated hailstorm is most likely over Delhi and NCR," stated IMD in its weather forecast.

Heavy and hailstorm over the northern plains are contributing to a wet spell over the north-west part of India.The rains, however, will have no or little impact over the air quality which likely to stay in "very poor" quality on Wednesday and is predicted to improve in the coming few days owing to strong surface winds.

"Overall air quality over Delhi is in very poor category, a slight deterioration from yesterday. The Air quality index (AQI) is recorded at 352," reported System of Air Quality and Weather Forecasting And Research (SAFAR).

However, the air quality is likely to improve in coming days as wind direction in north India changing from westerly to southerly resulting in relatively less moisture in the air and reduced air holding capacity."The AQI is predicted to improve slowly.

Will remain very poor on Wednesday but then touch poor level from Thursday," stated SAFAR.Major pollutants particulate matter 10 was recorded at 204 and particulate matter 2.5 at 103 in "moderate" and "poor" categories, respectively.

The minimum temperature recorded in Delhi on Wednesday was 12 degrees Celsius, which was three degrees above the normal for this time of the year. The maximum was recorded at 25 degree Celsius,  two degrees higher than the normal.