Digvijaya Singh had alleged that the BJP and Bajrang Dal members were taking money from the ISI. 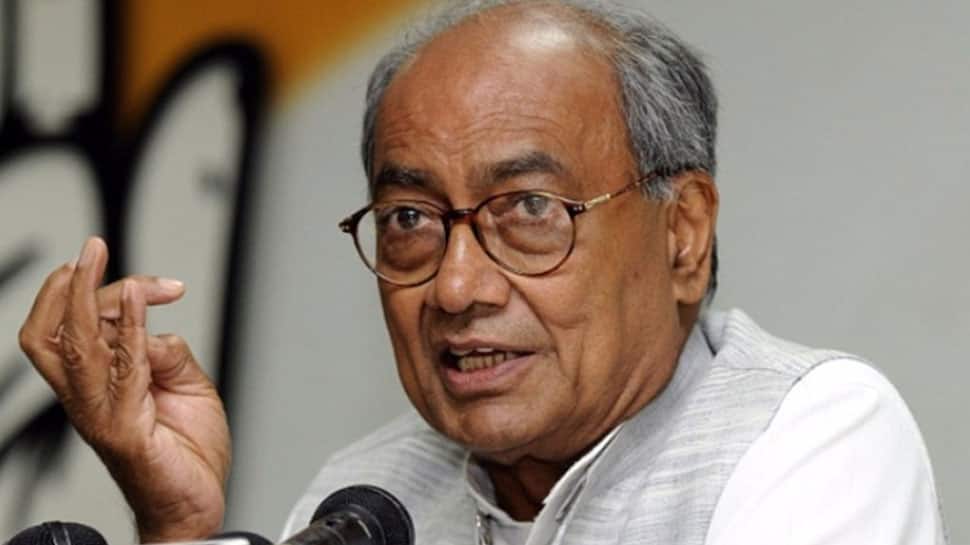 BHOPAL: A criminal defamation complaint has been filed against Congress leader Digvijaya Singh for his controversial statement in which he had said that the BJP and Bajrang Dal are taking money from Pakistan's spy agency ISI.

RSS-affiliated right-wing outfit Bajrang Dal had earlier said that it will file a criminal defamation case against the senior Congress leader for alleging that its members were working for Pakistan's spy agency ISI and were receiving money from it.

The court has kept the matter for consideration on October 9, news agency ANI said.

A criminal defamation complaint has been filed against Congress leader Digvijaya Singh for his statement “BJP, Bajrang Dal are taking money from Pakistan's ISI.” Court has kept the matter for consideration on October 9. pic.twitter.com/4bOXyroYFm

Bajrang Dal national convenor Sohan Solanki had said, ''We strongly condemn Digvijay Singh's statement. We will take legal action and file a defamation case against him.''

Calling Digvijay Singh as 'anti-Hindu', Solanki said that the Congress leader has lost his political relevance and, by making such statements, he wants to further alienate his Congress party.''

The reaction from the Bajrang Dal convenor came shortly after Digvijaya Singh accused the BJP and the right-wing outfit of receiving money from Pakistan's spy agency Inter-Services Intelligence (ISI).

"Bajrang Dal and BJP are taking money from the ISI. Attention should be paid to this," Singh had said on Friday.

The former MP chief minister had triggered yet another controversy on Tuesday by saying that "people are wearing saffron clothes and raping."

"People are wearing saffron clothes and raping, rapes are happening inside temples, is this our religion? Those who have defamed our 'Sanatan Dharma', not even god will forgive them," Singh said during an event.

Attacking the BJP, CM Kamal Nath said, "Some people are understandably unhappy at my participation here as they think they have the contract on religious matters."

Namdas Tyagi, also known as ''Computer Baba,'' said, "From every district of the state, saints will meet here in this Sant Samagam programme."

What is an e-cigarette, why is it harmful and why has it been banned. All you need to know