Digvijaya Singh roars back at Jyotiraditya Scindia, says 'One tiger lives in a forest'

After the BJP lost power in MP in 2018, it was Chouhan who had made the Tiger abhi zinda hai remark to assert he still remains a powerful figure in state politics and will stage a comeback soon. 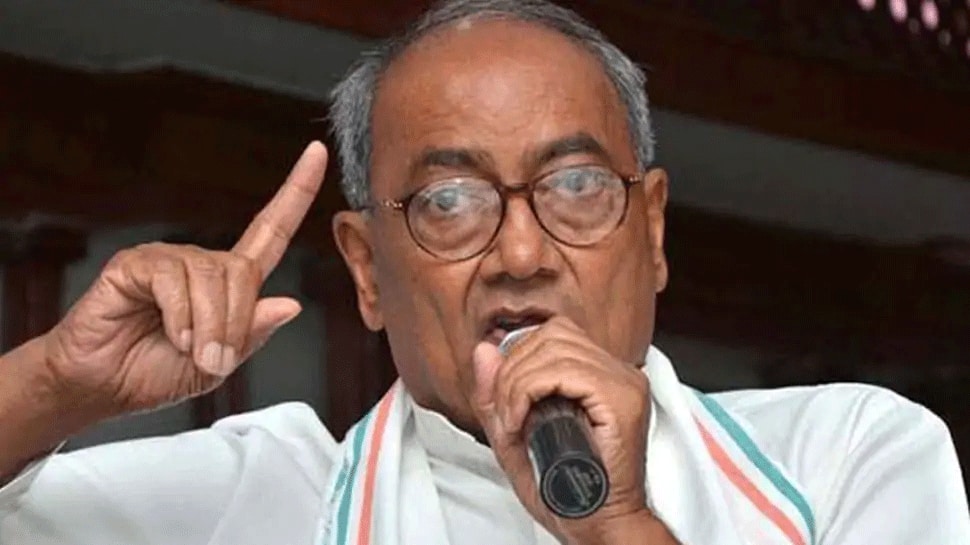 Bhopal: Senior Congress leader Digvijaya Singh on Friday (July 3) hit back at former Union minister Jyotiraditya Scindia over his Tiger abhi zinda hai remark and said 'only one tiger lives in a forest'.

The Congress Rajya Sabha MP also recalled how he used to hunt tigers, when it was not banned, with Jyotiraditya Scindia's father Madhavrao Scindia.

Singh's attack on Scindia came a day after the expansion of Madhya Pradesh Chief Minister Shivraj Singh Chouhans Cabinet which saw a lion's share of berths going to the supporters of the former Guna MP who joined the BJP in March.

"You know the character of a tiger, in a forest only one tiger lives," Singh tweeted in Hindi after Scindias 'tiger' comments directed at him and senior Congress leader Kamal Nath on Thursday.

Talking to reporters after the expansion of the Chouhan cabinet, Scindia, asked about Congress leaders tarnishing his image and that of his loyalists, said, I will certainly respond to the Congress party, but I would like to remind both Nath and Singh that Tiger abhi zinda hai (Tiger is still alive).

Scindia repeated the 'tiger' remark at a party function on Thursday evening.

After the BJP lost power in MP in 2018, it was Chouhan who had made the Tiger abhi zinda hai remark to assert he still remains a powerful figure in state politics and will stage a comeback soon.

The war of words between Scindia and Singh comes ahead of the bypolls on 24 Assembly seats.

Taking further dig on Scindias remark, Singh, in another tweet, said When hunting was not banned, at that time I and Shrimant Madhavrao Scindia used to go for tiger hunting. After Indira Gandhi introduced the Wildlife Conservation Act, I now capture tigers only in my camera.

According to Congress sources, the former CM is fond of wildlife photography.