The No-Confidence motion was expected to come up on July 1. 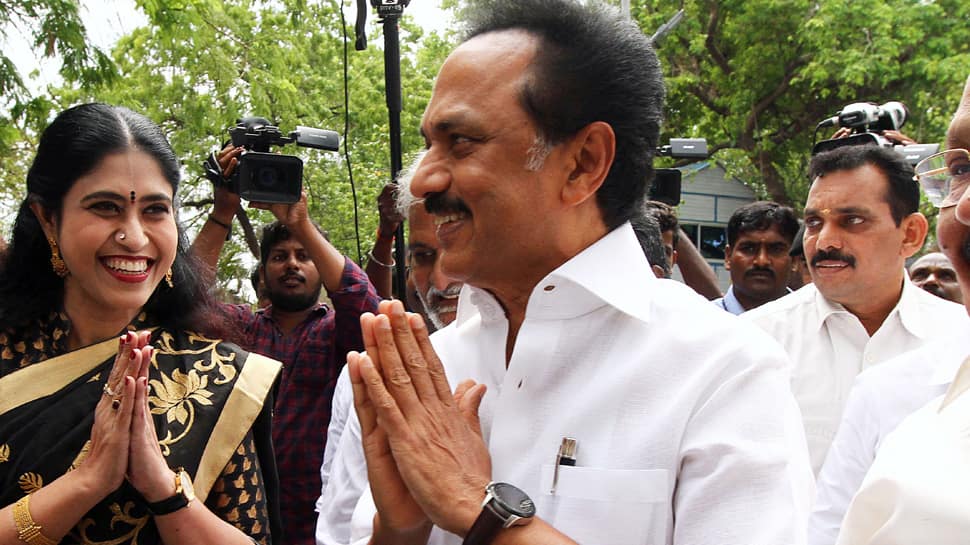 In an apparent volte-face, on the first day of the Assembly session, Tamil Nadu's Opposition Party DMK decided not to insist on taking up the No-Confidence Motion against Assembly Speaker P Dhanapal "considering the current circumstances". The No-Confidence motion was expected to come up on July 1.

This reaction from the DMK was triggered after, the AIADMK party chief whip S Rajendran on April 26 submitted a recommendation to Dhanapal regarding the disqualification of three AIADMK MLAs on the grounds of ‘anti-party’ activities. The MLAs are E Rathinasabapathi, V T Kalaiselvan and Prabhu, who were elected from Aranthangi, Vridhachalam and Kallakurichi Assembly constituencies, respectively.

It was perceived that the AIADMK had attempted to disqualify the MLAs in order to reduce the strength of the house, in order to safeguard their government if they fell short of seats in the 22 bye-polls to Assembly seats.

However, the Supreme Court issued an interim stay on a notice sent by the Tamil Nadu Speaker to three MLAs of the ruling AIADMK, who were said to be loyal towards the TTV Dinakaran-led AMMK camp. Two of the MLAs who had received the notice from the Dhanapal had approached the SC to stay the notice sent by the Speaker.

As the results to the bye-polls are declared, the Tamil Nadu Assembly will now witness the participation of 232 legislators, out of the total house strength of 234. In the bye-polls the ruling AIADMK won 9 seats, giving it up to 123 MLAs, well past the halfway mark of 118.

The opening day of the Assembly session on Friday was adjourned after adopting obituary references for two legislators-- R Kanagaraj of AIADMK and K Radhamani of DMK -- who died recently. The House will meet on July 1 to take up the demands for grants for various departments.

The Assembly session is expected to be stormy given the prevailing severe water crisis and the increased strength of DMK legislators after the bye-polls to 22 Assembly constituencies.