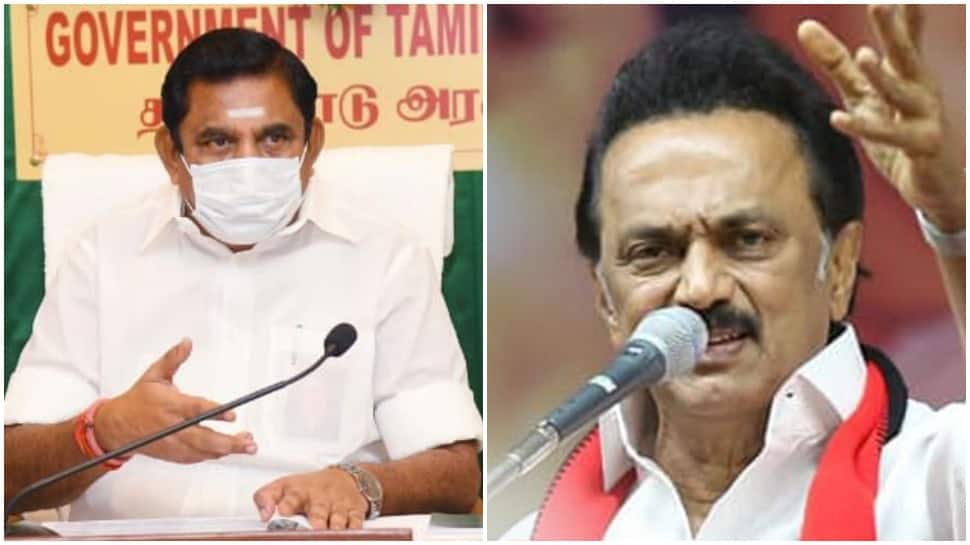 Chennai: DMK President MK Stalin questioned the ruling AIADMK Government over its handling of rising COVID-19 cases in the state, as Tamil Nadu had surpassed 44,000 cases on Sunday (June 14).

He questioned the government on reasons for steep increase in the pisitive cases in the state, and the plan of action for flattening the curve in Chennai.

Stalin also questioned the State govt on the refusal to collaborate with opposition parties, on the pre-emptive economic revival plan, and budgetary allocations.

He also seeked government's response on why they haven't put forth solutions found by expert committees in the public domain.

Stalin suggested that Tamil Nadu should follow the Kerala model, where the localities with very high number of cases should be sealed and groceries, essentials should be delivered to home.

He stated that people should remain indoors, wear masks while stepping out and also maintain social distancing.

He accused the government of attacking the common man during the present COVID-19 crisis by hiking fuel prices at a time when crude rates were relatively low.

He suggested Rs 5000 as an essential cash relief for all ration card holders and lashed out at the government for moving to hastily open TASMAC (state-run) liquor outlets across the state.

Stalin while talking to the journalists via video conference did not take any significant questions from them to suggest substantial solutions for overcoming the current crisis, despite multiple requests to the organizing team.

There were a plethora of questions raised by several journalists about alternative solutions, ideas, and also specific issue-based questions, all of which went unanswered.

The only response was the party would conduct similar virtual media addresses in due course.

Of the total cases in the state, 31,896 have been recorded in the capital city, Chennai.

The state has so far seen 435 COVID-19 casualties.