Zee News Editor-in-Chief Sudhir Chaudhary on Tuesday (July 6) discussed the key factors at play in the decision-making process for the selection of ministers. 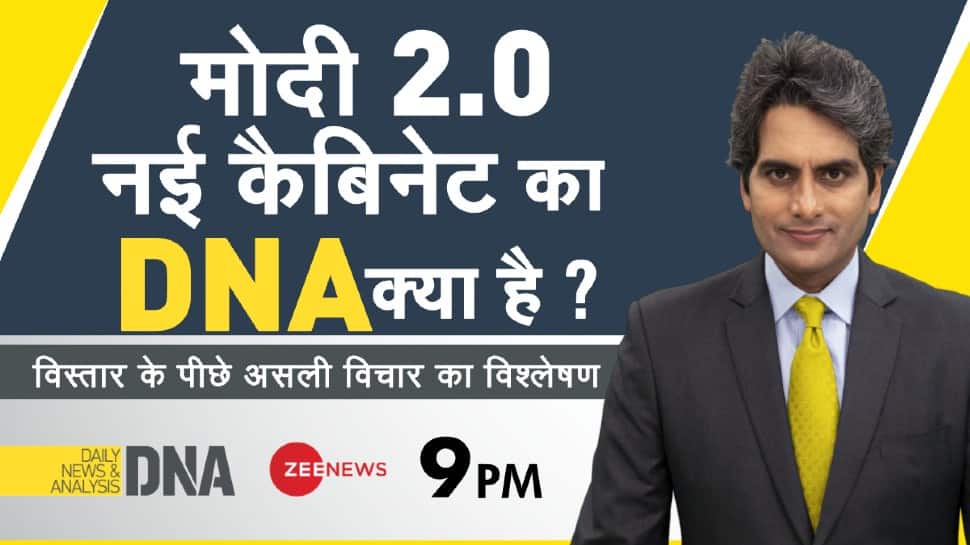 New Delhi: Speculations are rife regarding the expansion of the Union Cabinet in the second term of the Narendra Modi-led NDA government. In the weeks preceding the expansion, PM Modi, BJP chief JP Nadda and Home Minister Amit Shah held several meetings. The big move is likely to happen on Wednesday.

Zee News Editor-in-Chief Sudhir Chaudhary on Tuesday (July 6) discussed the key factors at play in the decision-making process for the selection of ministers.

The new cabinet is expected to be formed taking into consideration a lot of factors including adequate representation of castes, genders, regions, age, and education, etc.

Here are the key factors:

Thus, the OBC community is likely to get substantial representation in the new cabinet.

2. Dalit and tribal communities are also likely to get decent representation in the cabinet. The number of SC and ST leaders in the government is expected to increase to 10 each.

3. The expansion of the cabinet will be done in such a way that all the states and union territories of the country get proper representation.

4. The new cabinet is being touted as the youngest Council of Ministers in the country to date. After the expansion of the cabinet, the average age of the ministers in the government will be the lowest. This is also important because the youth constitute about 65 percent of the total population. Thus they are likely to get sufficient representation.

5. After the expansion, there will be the maximum number of educated leaders in the government. Former diplomats, doctors, and lawyers are likely to be appointed as ministers.

6. The new cabinet is likely to have the largest number of women in the history of independent India.

7. Leaders who have vast experience in state politics will also get a chance in the cabinet. For example, leaders who have been chief ministers or have held ministerial posts in state governments will be given a chance. The former Chief Minister of Assam, Sarbananda Sonowal, who has reached Delhi, is also expected to be appointed.

8. This will be the first time that the cabinet expansion will not be done on the basis of political pressure or lobbying.

Currently, there are 53 ministers in the cabinet. This number could be increased to 81. That is, the government can induct 28 new leaders into the cabinet. Who makes the cut will be known tomorrow.