Former United States national security advisor John Bolton has said there is no guarantee that Trump would back India if the situation between Beijing and New Delhi escalates. 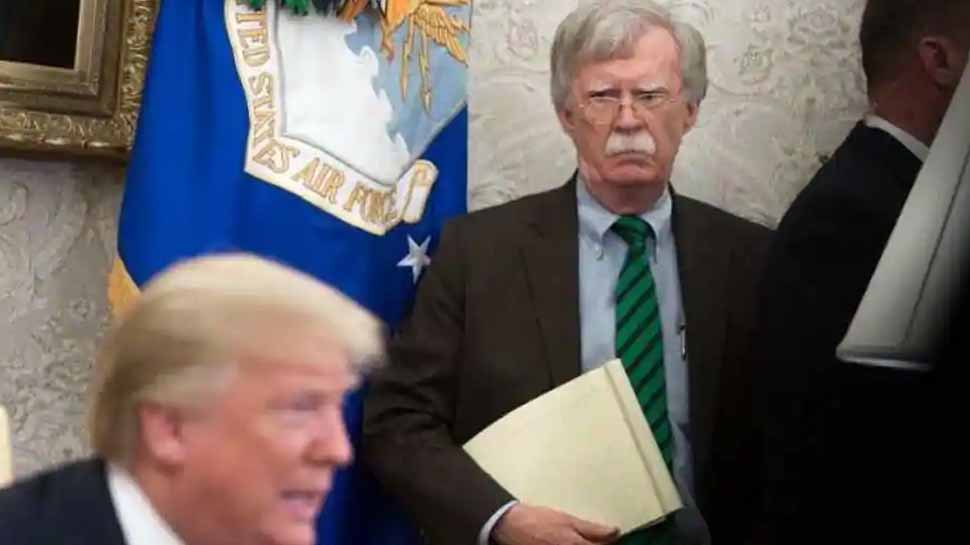 New Delhi: Former United States national security advisor John Bolton has said there is no guarantee that Trump would back India if the situation between Beijing and New Delhi escalates.

“I'm not sure how much he understands the significance of the border clash. I don’t think he knows anything about the history of these clashes over the decades between India and China. He may have been briefed on it, but history doesn’t really stick with him," Bolton said, in an exclusive conversation with WION, India’s first international news channel.

The former US NSA told Palki Sharma, WION's Executive Editor, “I don’t know which way he would go and I don’t think he knows either. I think he sees the geostrategic relationship with China for example exclusively through the prism of trade. And trade is important because China has stolen intellectual property from the United States and other countries, engaged in forceful technology transfers for decades and it forms a major part of their economic success and therefore military power. And that’s really how far it goes."

"I don’t know what Trump will do after the November elections once the guard rail is removed. He'll be back. He won't be criticising Beijing for putting Uyghurs in concentration camps or repressing Hong Kong. He will be back to the big China trade deal. So, if things were to develop between India and China in a more critical fashion, I'm not sure where he would come down," he added.

“Let me make sure, I have understood this right. That if things were to escalate between India and China at this moment, there is no guarantee that Donald Trump will back India against China?” Palki Sharma asked.

“That is correct," Bolton said, adding, “I think his gut instinct for the next four months is to take anything off the table that complicates what is already a difficult election campaign for him. So what he would want is quiet along the border whether it benefits China or India. From his point of view - no news is good news.”

HERE ARE A FEW EXCERPTS FROM THE INTERVIEW:

WION: Do you think things are developing for the worse between India and China? There is a lot of back and forth. The November elections are still a few months away. Do you think it could escalate to a limited conflict?

John Bolton: Well, I hope it does not at the present time because with four months to go for an American election, you are simply not going to get Donald Trump's attention. The fact is China has been behaving in a belligerent fashion, all around its periphery, certainly in the East and South China sea. Its relations with Japan has declined, with India, you are well aware of the facts there.

I think this is China’s effort to assert itself through not just political and military means but also through the Belt and Road initiative and others to gain increased sway over countries that have become economically dependent on it.

Sri Lanka has been subject to this death diplomacy and Pakistan and many countries in Central Asia. I think China has a grand strategy and it's pursuing it, the United States has been asleep at the switch and so have many other countries. It is time to wake up and talk more among ourselves. For example, trilateral been a big advocate of greater tri-lateral cooperation between India, Japan, and the United States and I think that makes a lot of sense.

WION: Why is China on a warpath with the world right now? What do you make of Xi Jinping's moves at a time like this? Why is he picking fights with the world in the middle of a pandemic?

John Bolton: It goes back before the pandemic. He sees American weakness when he sees Donald Trump and I think he is right. When Trump sits across the table with Xi Jinping or Vladimir Putin, it’s not a contest of equals. It always made me worry about what he might give away. The Pandemic has probably persuaded Xi Jinping to be more assertive to cover up as they have been covering up these past 6 months despite how bad the medical effect of the disease was in China and on the Chinese economy and what they did to cover up the source and consequence of the disease.”

It is indicative of the government we are dealing with in Beijing. They didn’t cooperate internationally and tried to use the World Health organization for their own purposes and I'm afraid largely succeeded.

WION: What happened after India's Balakot strikes on Pakistan? How did Trump and the White house assess the situation? What was conveyed to Delhi and Islamabad?

John Bolton: It took place when we were in Hanoi for the second summit with Kim Jong-un and both Mike Pompeo and me were there and away from our base of operations in Washington.

We spent hours on the phone with Ajit Doval and others in India and counterparts in Pakistan. My assessment was and I said publicly at the time and told Ajit as well - we thought India had acted in self-defence and the actions were appropriate and we think there were responsible steps to de-escalate what could have been a very serious crisis.

WION: The US president has repeatedly offered to mediate in Kashmir and he has been told it is a bilateral issue. Why does he keep repeating these offers?

John Bolton: (Laughs) You know, I can remember several times where I have explained India’s longstanding position on Kashmir and it just doesn’t sink in. There is no explanation for it. We tell him India thinks it’s a bilateral issue and it has to be resolved by negotiation with Pakistan. Donald Trump thinks everything is a deal and who better to mediate it than him and you are going to hear it again and if he wins, you are going to hear it for the next four years.

(The interview will air on WION on Saturday at 9:30 pm and on Sunday 10:30 pm. It will also be available on wionews.com, and on its social media platforms.)