Donald Trump's claim that PM Narendra Modi asked him to mediate in the Kashmir issue has been punctured by India's External Affairs Ministry and even White House has no record of this conversation ever happening. 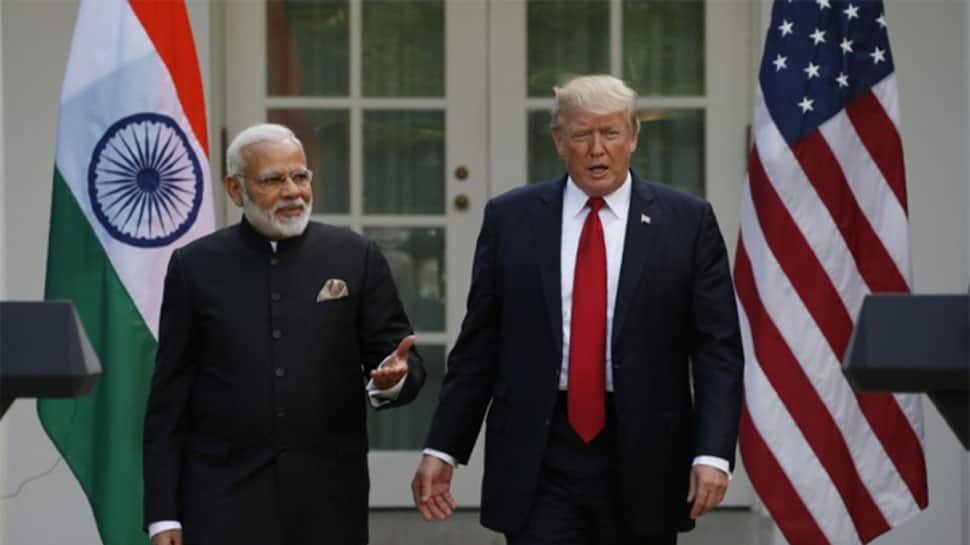 US President Donald Trump's false statement claiming that Prime Minister Narendra Modi asked him to mediate with Pakistan to resolve the Kashmir issue has resulted in a massive credibility crisis for him. Yet Trump's comment about Kashmir in his press conference after meeting Pakistani Prime Minister Imran Khan at the White House on Monday has given the Congress party yet another change to target PM Modi.

Trump's latest gaffe saw him claim that PM Modi had requested him to mediate in the Kashmir issue when they had met on the sidelines of the G20 Summit in Osaka. The claim was quickly rebuffed by India with the External Affairs Ministry categorically denying any such request had been made. India has always maintained that Kashmir is a bilateral matter,  and requires no intervention from a third country. (Read report here)

White House too reportedly has no record to prove that PM Modi did indeed say what Trump claims he had. (Read report here)

These were clearly not enough for Congress which quickly took up the matter as ammunition to be used against PM Modi. Rahul Gandhi, the party leader who had to step down after the drubbing in Lok Sabha 2019 election, said that if what Trump has said is true, then PM Modi was guilty of betraying the country. (Read report here)

Fellow Congress leaders rallied around Rahul and demanded PM Modi should clarify on the matter. Proceedings in Parliament were disrupted as the party demanded PM Modi's presence and his reaction to what Trump had claimed.

Several political analysts say, however, that it is not for PM Modi to react to false claims made by another world leader - especially as it was made without an iota of proof. For Congress though, the proof of the pudding lies in the eating even if cooked on make-belief flames.