In it's advisory, the poll commission asked all national and regional political parties to 'desist from displaying photographs of Defence personnel.'

The Election Commission (EC) issued an advisory to all political parties across the country, asking them to refrain using photographs of defence personnel in their election campaign. 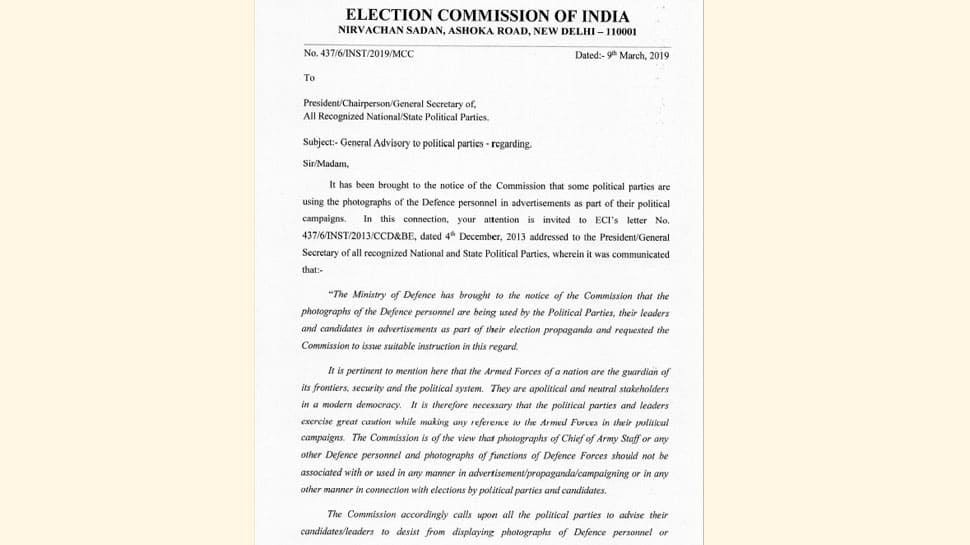 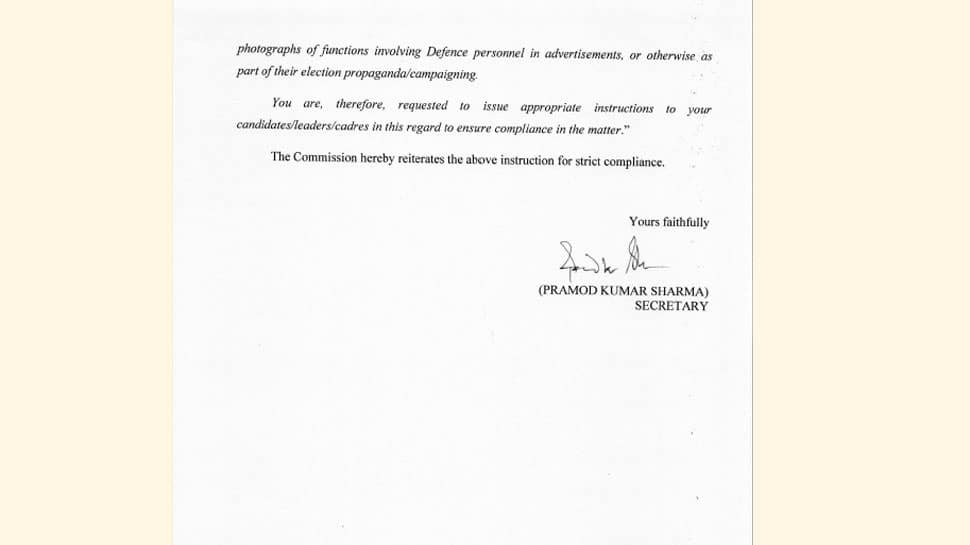 In the fresh set of instructions, the EC referred to its December 2013 advisory which had "called upon all political parties to advise their candidates and leaders to desist from displaying photographs of defence personnel or photographs functions involving defence personnel in advertisements."

An IAF MiG 21 Bison fighter jet, piloted by Wing Commander Varthaman, shot down Pakistani F-16 warplanes which transgressed into the Indian airspace on February 27. In the process, his plane crossed over to the Pakistani side and was shot down.

Abhinandan ejected safely but was taken into custody by the Pakistan Army upon landing. He was handed over to Indian authorities after spending nearly 60-hours in captivity.