The Trinamool Congress had told the Election Commission (EC) that the attack on West Bengal Chief Minister Mamata Banerjee was premeditated and a part of a deep-rooted conspiracy. 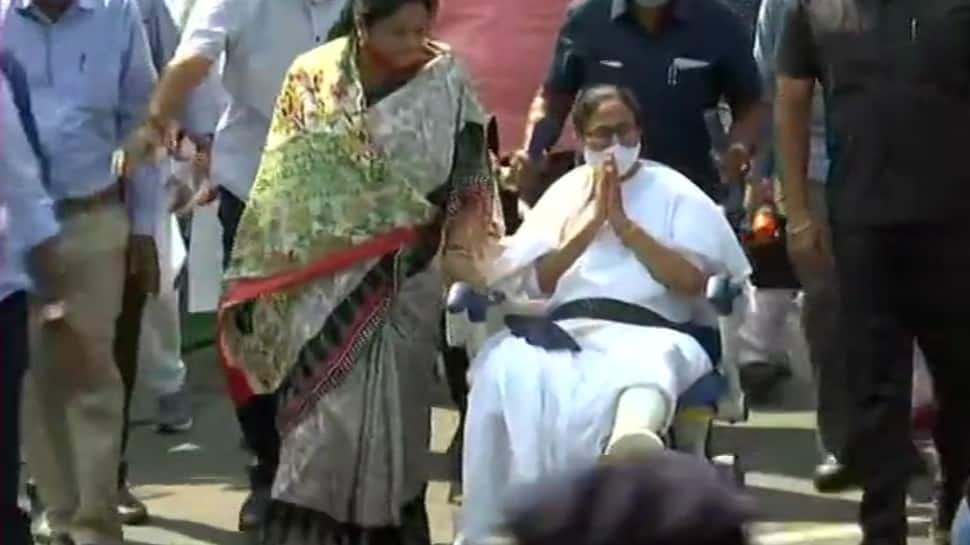 New Delhi: The Election Commission of India (ECI) on Sunday (March 14) claimed that the injury caused to West Bengal Chief Minister Mamata Banerjee in Nandigram was not a result of an attack, as per the findings of state's Observers and Chief Secretary, news agency ANI reported.

Injuries sustained by TMC chief was caused due to a lapse on part of security personnel in charge of the CM, EC declared. The poll panel mentioned that more details will be available later.

"An attempt was made on the life of our chairperson Mamata Banerjee, on March 10 at Nandigram, though the perpetrators failed in their vicious attempt," the TMC said in the letter submitted to the EC.

The incident in Nandigram which caused injury to Chief Minister Mamata Banerjee was an accident and not a planned attack, according to the report of two poll observers submitted to the EC on Saturday. The report also said Banerjee was injured due to the suddenness of the incident.

According to the report of her initial medical examination, the TMC supremo sustained 'severe bony injuries' on her left foot and ankle as well as bruises and injuries on her shoulder, forearm and neck.

Earlier on Thursday, Mamata Banerjee issued a video statement from the hospital and urged everyone to be calm and exercise restraint.

The West Bengal CM also said that she will not be affecting her election work for the injury but will have to remain wheel-chair-bound for some time.

West Bengal assembly election 2021: Still in a lot of pain, but I feel pain of my people even more, says Mamata Banerjee