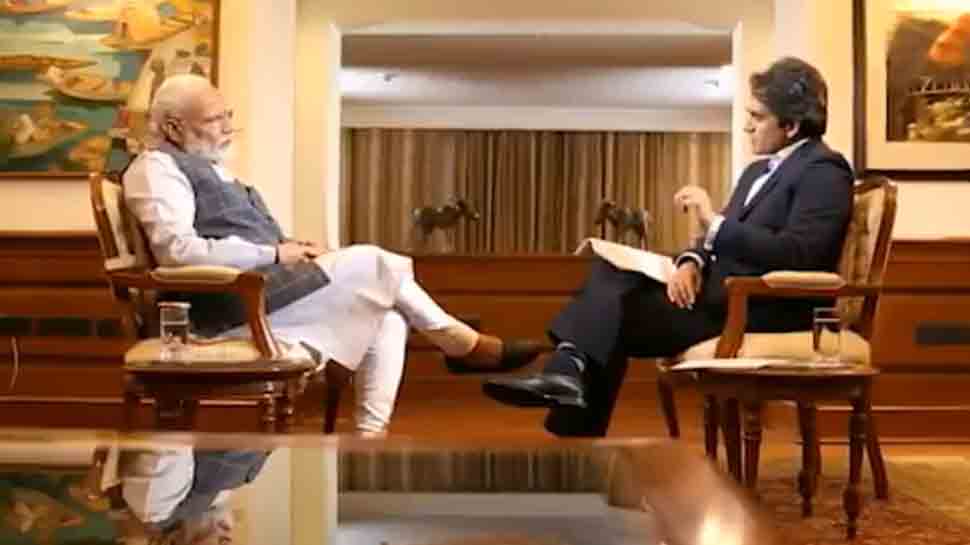 New Delhi: Taking time out of his hectic election campaigning schedule, Prime Minister Narendra Modi spoke exclusively in an interview with Zee News editor-in-chief Sudhir Chaudhary. PM Modi discussed a wide range of issues besides expressing confidence that the NDA will get more than 272 seats in the Lok Sabha and will form the government at the Centre.

Asked if he had any 'Plan B' ready in case the NDA fails to get the desired number of seats in the election, Modi replied that he has only one plan with him - "After the counting day, NDA will hold a meeting over the leadership and the President will call us for the oath-taking ceremony."

Instead, PM Modi asked Choudhary to begin preparing a strategy on how to cover the event, both on national as well as global level.

The Prime Minister also spoke about how the Opposition parties have indulged in electoral mudslinging this time and are constantly targeting him and calling him names. Taking a dig at West Bengal Chief Minister Mamata Banerjee, Modi said that the latter has refused to accept him as Prime Minister, thus insulting the Constitution.

Stay tuned for the 'pure political' interview of PM Modi with Sudhir Chaudhary, which will air at 8 pm on Thursday evening exclusively on Zee News.

From veterans to first-timers, Delhi candidates seek to harness maximum out of social media