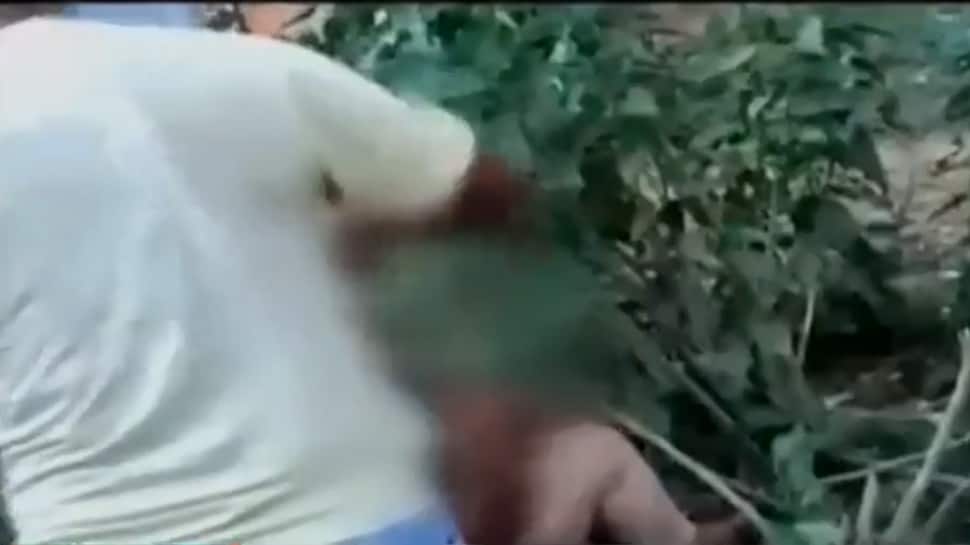 Tabrez Ansari, 22, on Sunday died at a hospital, a week after he was brutally thrashed by a mob over suspicion of stealing a bike. The incident came to light after a video went viral in which main accused Pappu Mandal was seen thrashing Ansari, who was tied to a pole. Jharkhand Chief Minister Raghubar Das took note of the incident and on Monday ordered a probe by a Special Investigation Team into the matter. The CM also suspended the Saraikela police officer-in-charge with immediate effect.

Meanwhile, Ansari's family has alleged that all charges of theft levelled against him were baseless. They said that Ansari worked in Pune and had come home to celebrate Eid when the incident took place. He was reportedly caught along with two of his friends when they were on a bike after some people suspected him of being a thief.

While Ansari's friend managed to give the mob a slip, the attackers caught him and started thrashing him after tying him to a pole. Sources told Zee Media that Ansari was beaten up all night and also allegedly forced to chant slogans of 'jai shri ram' and 'jai bajrang bali'. After beating Ansari for whole night, the mob handed him over to the police, which took him to a police post. Ansari's condition deteriorated at the police station and he was admitted to a hospital where he succumbed to his injuries.

Ansari's wife Shaista Parveen lodged an FIR at the Seraikela police station and also claimed that the policemen did not allow her to meet Ansari. The family alleged that they could hear him asking for help while the main accused was hurling abuses at him in the presence of the police officials. Shaista has also accused the police of not giving timely treatment to his husband.