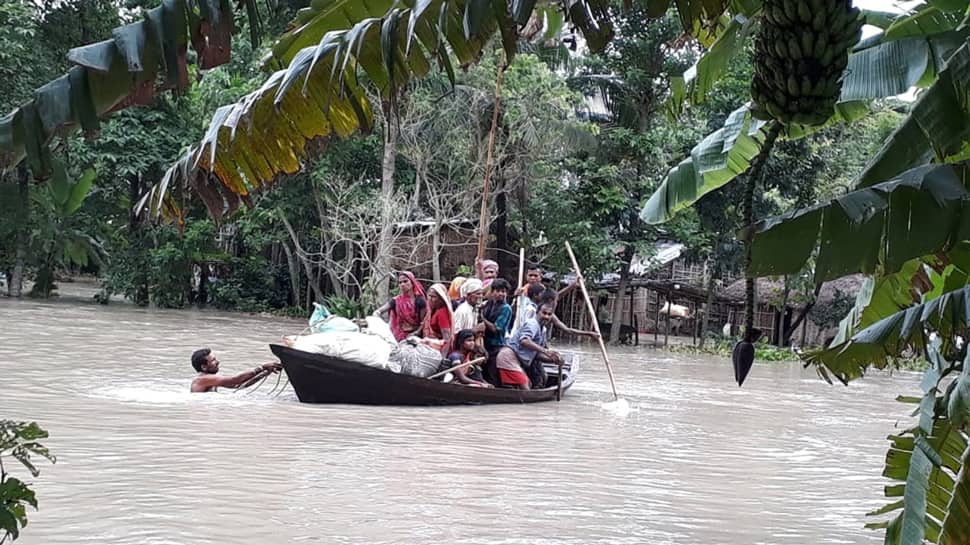 Heavy rains and floods have wreaked havoc in Bihar. According to disaster management officials, at least nine districts in the state have been hit with floods. The worst hit districts are Araria, Kishanganj, Sheohar, Sitamarhi, East Champaran, Supaul, Madhubani, Darbhanga and Muzaffarpur and at least 18 lakh people have been affected.

At least 13 people have died due to flood so far, of which nine lost their lives in Araria. The same was confirmed by District Magistrate Baidyanath Yadav, who added that families of all the deceased would be given a compensation of Rs 4 lakh each. Lives have also been lost in Kishanganj and Sheohar districts.

According to the Sitamarhi district administration, at least two persons have lost their lives while four others have been missing.

However, the administration seems to be not doing enough to tackle the situation. In the control room set up in Araria, officials could be seen doing work other than disaster management and even the telephone line installed was not functional.

Those needing to get in touch with the control room, need to first contact their Mukhiya, who would get them connected to the control room. An official of the control room told Zee News that he had shared his personal number with some local panchayat representatives, adding that there no way for the common people to contact them directly.

However, a ray of hope came for the flood-affected people in Kishanganj when some personnel of the Sashastra Sena Bal (SSB) came to their rescue. Heavy flooding in Mahananda river was on the verge of cutting the main road in the region when the personnel came to the rescue and repaired the damaged road.

The situation is equally bad in Madhubani district where at least seven people have gone missing.

Chief Minister Nitish Kumar has conducted an aerial survey of the flood-affected areas but the same has come under attack from the opposition. Rashtriya Lok Samta Party (RLSP) chief Upendra Kushwaha hit out at the Chief Minister, terming the aerial survey as an annual show of pretence. He said that instead of Nitish Kumar doing an aerial survey every year, he should work to ensure that the situation does not get repeated. Kushwaha further alleged that the funds meant for such work were embezzled and government had failed in its duty to ensure that people did not get affected by floods.