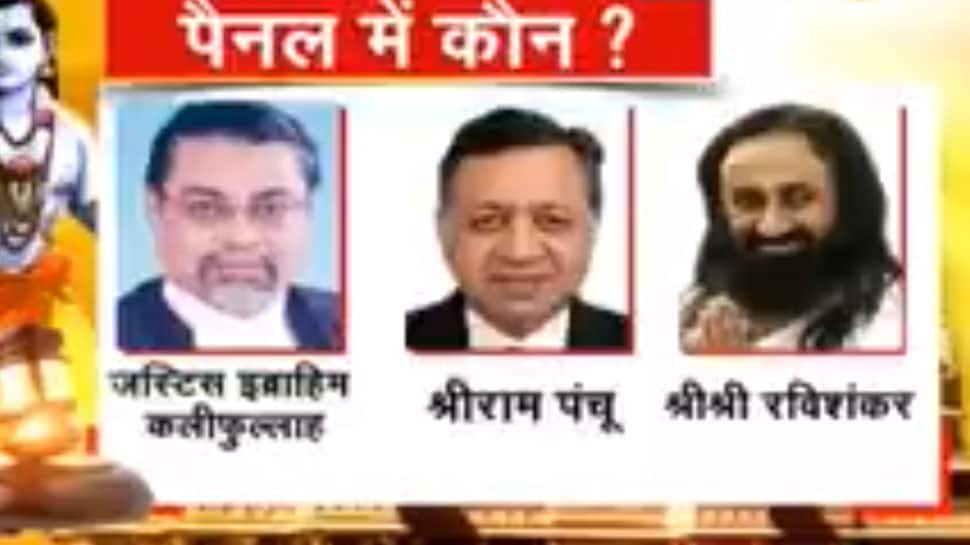 NEW DELHI: In a significant development, the Supreme Court on Friday said that the decades-old Ram Janmabhoomi-Babri Masjid land dispute will be settled through mediation. The top court also appointed a three-member mediation committee - including former Supreme Court judge, Justice FM Ibrahim Kalifulla and spiritual guru Sri Sri Ravi Shankar – which would meet all the petitioners at Faizabad in Uttar Pradesh.

The committee has been given a month, after which a report has to be submitted to the court, said the five-judge bench headed by Chief Justice of India Ranjan Gogoi.

Ayodhya dispute to be settled through mediation: Highlights of the SC order

Here is a brief profile of the three Ayodhya case mediators:-

Justice (retired) Fakkir Mohamed Ibrahim Kalifulla would be the chairperson of the mediation committee appointed by the Supreme Court to settle the Ayodhya dispute case. Justice Kalifulla was elevated as a Supreme Court judge in April 2012. He enrolled as an advocate on August 20, 1975, after which he began practising labour law in the law firm TS Gopalan & Co. On March 2, 2000, he was appointed as a judge of the Madras High Court.

Sri Sri Ravi Shankar is a globally revered spiritual and humanitarian leader. He is also the founder of the Art of Living, which is an international, non-profit, educational and humanitarian organization. He has spearheaded an unprecedented worldwide movement for a stress-free, violence-free society.

Through a myriad of programs and teachings, a network of organizations including the Art of Living and the International Association for Human Values, and a rapidly growing presence across 155 countries, Sri Sri has reached an estimated 370 million people. Sri Sri has developed unique, impactful programs that empower, equip and transform individuals to tackle challenges at global, national, community and individual levels.

Sri Sri has played vital roles in peace negotiations globally. From Kashmir, Assam and Bihar in India to Colombia, Kosovo, Iraq and Syria and Cote d’Ivoire, Sri Sri’s programs have had documented impact on people involved in armed conflict to pursue the path of peace.

Born in 1956 in southern India, Sri Sri holds degrees in both Vedic literature and physics.

Sriram Panchu is a senior advocate and mediator. He is a founder of The Mediation Chambers, which offers services in mediation and med-arb.

Panchu is the president of the Association of Indian Mediators and a director on the board of the International Mediation Institute (IMI). He set up India’s first court-annexed mediation centre in 2005, and has been instrumental in making mediation a part of India's legal system.

Panchu has mediated a large number of complex and high-value disputes across the range of commercial, corporate and contractual disputes in different parts of India. These include construction and property development, insolvency and winding up, property disputes, family business conflict, intellectual property and information technology disputes.

He has also mediated international commercial disputes. He is a certified mediator on the panel of the Singapore International Mediation Centre. He is the author of two books on mediation. Settle for More introduced mediation to the Indian audience. Mediation: Practice & Law (Butterworths, LexisNexis) is the standard manual in India. He has authored the Indian chapter of Getting the Deal Through.

He has been named the third mediator in the SC-appointed panel for mediation in the Ayodhya land dispute case.