In Tuesday's Google doodle, the second 'O' alphabet of Google's logo is a snow globe with Santa riding on his sledge and a Christmas tree. 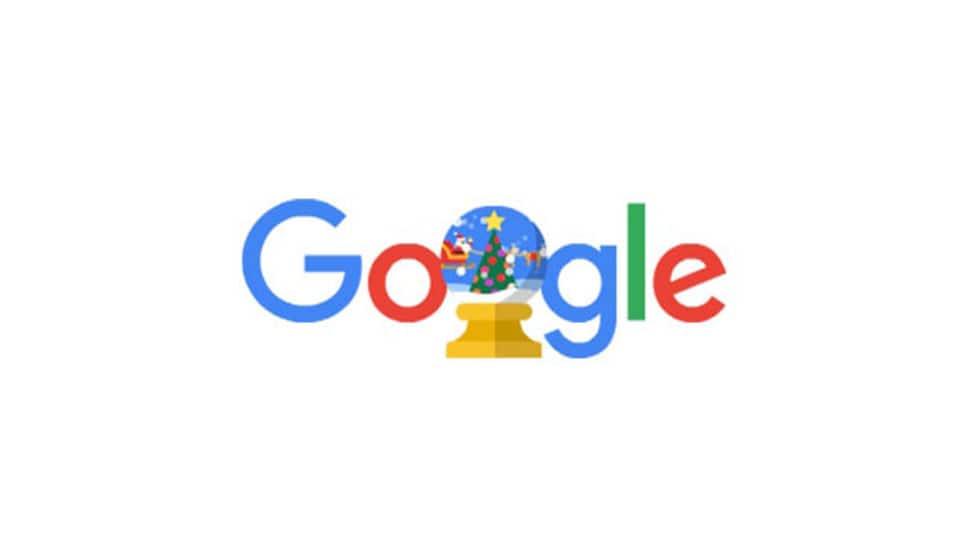 Search engine giant Google is celebrating the holiday season for 2019 with a series of new doodle. Just a day ahead of Christmas, Google on Tuesday (December 24) released a new doodle titled 'Happy Holidays 2019. Google said said  'No matter how you choose to celebrate, ‘tis the season to enjoy the holiday festivities during the most wonderful time of the year!-Happy holidays!'

It is to be noted that in US, holiday season refers to the time from Thanksgiving till New Year and includes festivals such as Christmas, Hanukkah and Kwanzaa. Tuesday's Google doodle shows the GIF of a Santa Claus riding on his sledge. In Tuesday's doodle, the second 'O' alphabet of Google's logo is a snow globe with Santa riding on his sledge and a Christmas tree.

On Sunday (December 21), Google marked the 2019 Winter Solstice, celebrating the shortest day of the year when the Earth is farthest from the Sun with a doodle. Coming up with yet another heartwarming animation involving an adorable little snowman perched on the Earth, which depicts the second O in Google with a dark background showing snowfall, Google celebrated the commencement of the winter season in the Northern Hemisphere today. The Earth is also portrayed as a baby with big eyes looking adorably up at the snowman.