Gurugram man on scooter fined Rs 23,000 in one go under new traffic rules

The scooter is said to be worth Rs 25,000, just two thousand more than the fine Dinesh Madan has to now pay.

Motorists flouting traffic rules have had to pay a significantly higher amount since the Motor Vehicles Amendment Act 2019 came into effect across the country from Sunday, September 1. Just a day later, on Monday, a man on a scooter found out just how much the fines can burn a hole in the pocket after he was found guilty of violating five traffic rules and was fined a total of Rs 23,000. 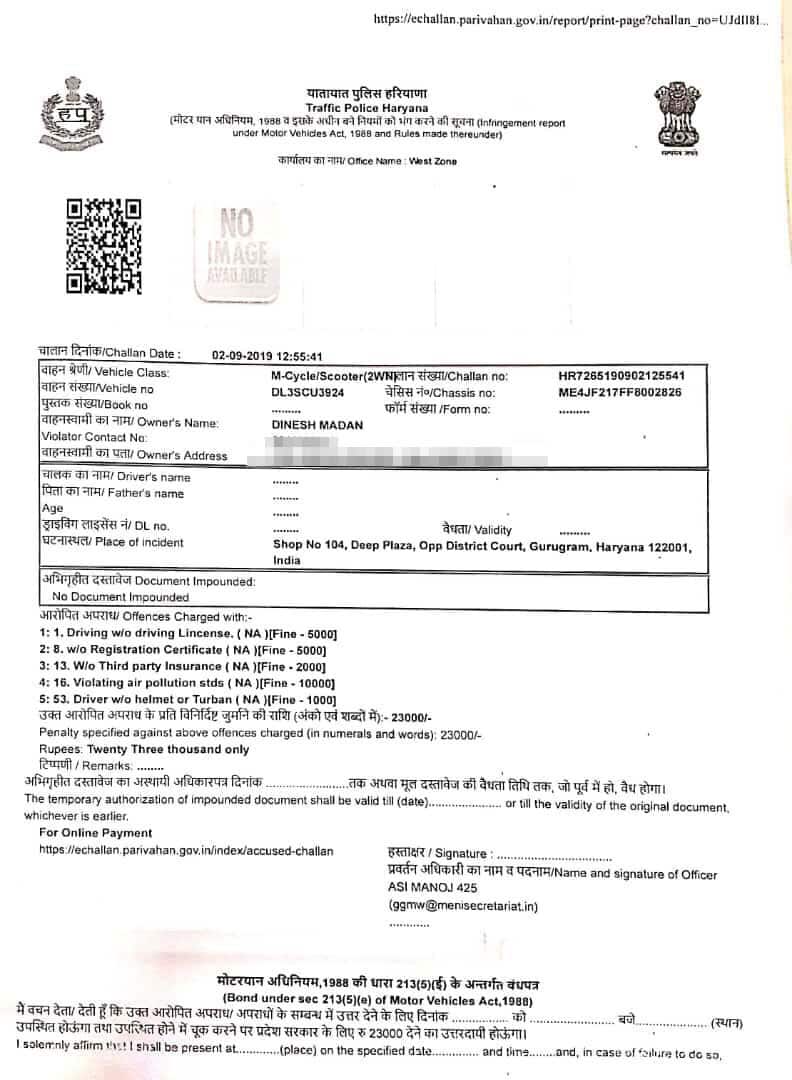 It is reported that Madan's scooter was impounded and he will now have to pay the fine either online or in court.

The revised structure of fines for traffic violators ranges from jumping the red-light of which the fine has been revised from Rs 1,000 to Rs 5,000 to driving without wearing the seat belt, which earlier invited a fine of Rs 100 but will now attract a fine of Rs 1000.

Traffic cops across the country have been working round the clock to check on offenders and have been appealing to motorists to adhere to prescribed road rules.