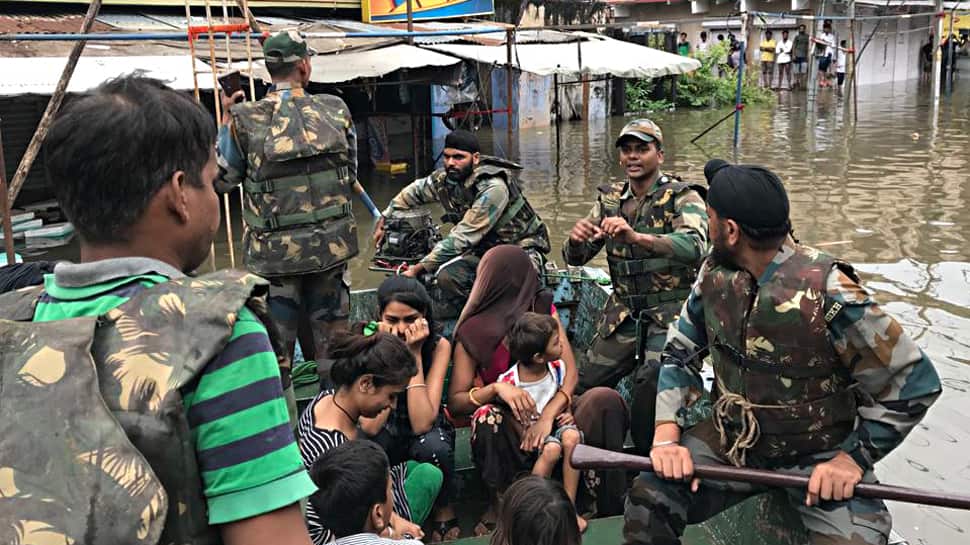 In Rajasthan, heavy rains have created flood-like situation in Kota, Bundi, Baran, Jhalawar and Chittorgarh districts. Several villages have been inundated due to rising water level in Chambal river. The heavy rainfall has forced the state authorities to open all the gates of Rana Pratap Sagar Dam, Jawahar Sagar and Kota Barrage Dam. Many villages in Kota, Sawai Madhopur and Dhaulpur districts have been inundated due to heavy rain. Several trains of Delhi-Mumbai route have been cancelled and many trains were diverted due to inclement weather and waterlogging on railway tracks in Jhalawar. Met Department has issued Red Alert for the next 24 hours for Baran, Jhalawar, Kota and Chittorgarh Districts.

Meanwhile, at least 350 students and 50 teachers have been stranded in a school in Chittorgarh for over 24 hours due to flood-like situation in the district. The students got stuck inside the school campus after the roads were blocked due to heavy discharge of water from Rana Pratap Dam. In Chittorgarh, the local administration has claimed that all the children and teachers are safe at the school and people should not pay attention to rumours.

Rajasthan's Disaster Management Minister Master Bhanwarlal Meghwal has directed the government officials to remain on alert and ensure that the flood-hit people receive relief at the earliest. Talking to Zee Media, Meghwal added that Army, NDRF and SDRF teams are taking care of relief and rescue operations.