The 44-year-old MLA from Barhait has been at the helm of  JMM's campaign against the incumbent Raghubar Das-led government. 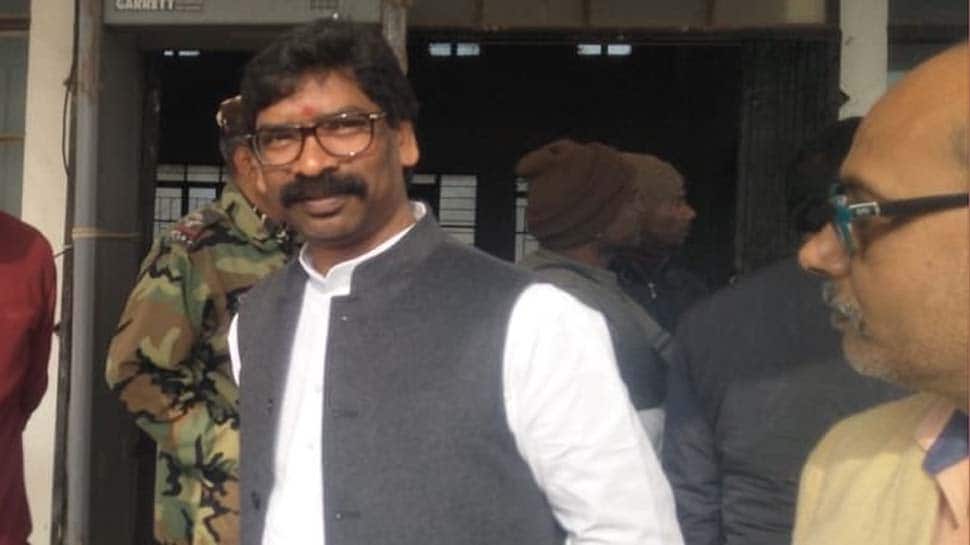 While the final results of the Jharkhand Assembly elections are yet to be announced, trends suggest a clear majority for the Congress, Jharkhand Mukti Morcha (JMM) and Rashtriya Janata Dal (RJD). JMM's Hemant Soren is poised to be the next Chief Minister of the state.

The former chief minister Hemant Soren had been projected as the chief ministerial face of the campaign, and with him leading the JMM managed to make impressive gains in this election.

The 44-year-old was at the helm of  JMM's campaign and has emerged from the shadows of his father to prove his mettle to lead the party successfully. Hemant Soren`s party is emerging as the single largest party, it has won seven seats and is leading on 23 seats.

Addressing a press conference, Soren thanked his father, Congress leaders Rahul and Priyanka Gandhi for the support. He said, "I thank Guruji (his father Shibu Soren), Lalu ji and Sonia ji, Rahul ji, Priyanka ji, and all central leaders who reposed trust on me," Soren said, adding, "We will sit with the alliance partners and decide the next course of action."

The sitting MLA from Barhait filed his nomination from Dumka seat as well and is leading in both constituencies. Hemant Soren had tried his luck from the same two seats in 2014 as well. BJP's Lois Marandi had defeated Soren by over 5,000 votes from the Dumka assembly seat in the last assembly polls.

At 1 pm on Monday, the party was leading in 24 of the 43 seats while Congress was leading in 13 and RJD in five giving them a considerable lead in the race to secure 41 seats to upstage the Raghubar Das-led government.

Since the formation of Jharkhand as a new state in 2000, JMM's Shibu Soren and Hemant Soren have both been the chief ministers of the state. Though neither of them could run a full-term government.

Hemant Soren had been at the head of the state for a brief period of time from July 2013 till December 2014.