The road has been blocked in the area due to landslides and the restoration work is underway. The authorities said that no casualties have been reported yet. 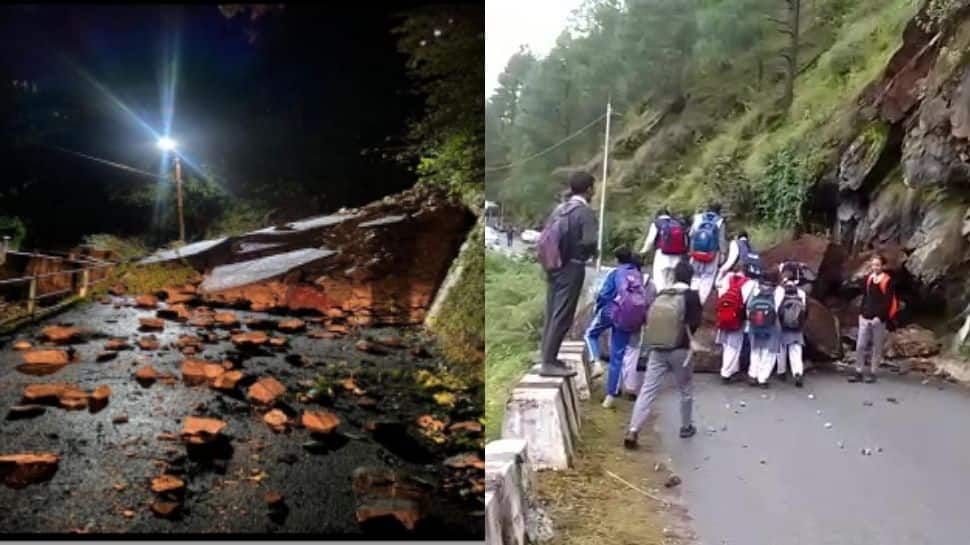 Himachal Pradesh | A landslide has occurred near Home Guard Office (US Club) Shimla last night around 10:15 pm. The road has been blocked due to a landslide. No human loss reported yet. The restoration work is under process: State Emergency Operation Centre pic.twitter.com/iOVXXJR3CK

The official said that Naina Devi in Bilaspur received 180.6 mm rain followed by Kandaghat in Solan that received 65.2 mm rain. Shimla received 54.6 mm in the 24- hour period ending 9.30 am on Friday.

The road has been blocked due to landslides and no casualties have been reported yet. The restoration work is underway.

Meanwhile, as per the Himachal Pradesh Disaster Management Authority (HPDMA) data released on Thursday over 10 people have died during the past 24 hours due to heavy rains and subsequent landslides. The data also revealed that as many as 432 people have died in the last 130 days.

Earlier, the India Meteorological Department (IMD) had issued a yellow warning for the hill state for the next two days and the temperature is predicted to dip by 2-3 degrees Celsius. Speaking to ANI, Buni Lal, Scientist from IMD Shimla said that a yellow alert has been issued in the state for the coming two days.

"There will be low visibility and a dip in temperature by 2-3 degrees Celsius during the next two days," he added.