Hurriyat Conference to protest against new land laws in J&K, calls for complete shutdown on October 31 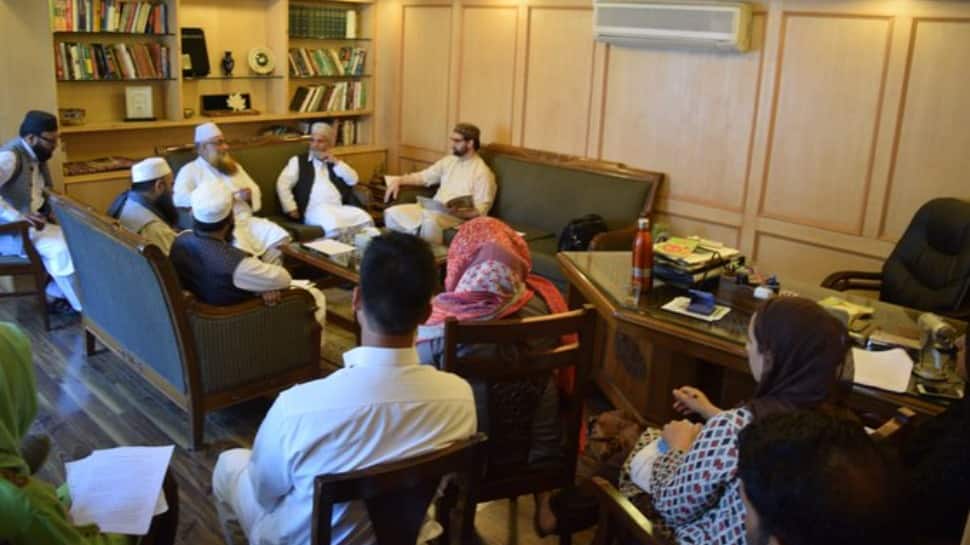 Srinagar: The All Parties Hurriyat Conference (APHC) on Wednesday (October 28, 2020) announced to protest against the new land laws in Jammu and Kashmir and called for a complete shutdown on October 31.

"APHC headed by house arrested chairman Mirwaiz Umar Farooq and senior leaders like Abdul Ghani Bhat, Bilal Ghani Lone and Masroor Abbas Ansari have strongly denounced the incessant anti-people orders being issued by the government of India at frequent intervals to intimidate and psychologically torture the people of J&K," said APHC in a press release.

The APHC said that this imperial approach is bound to fail and reiterated its principled stand of engagement and dialogue among stakeholders for resolution of the Kashmir dispute.

The APHC said rather than pursue a peaceful resolution of the Jammu and Kashmir issue involving millions of humans living in the uncertainty of a conflict as per their will and to ensure peace in the region, all attempts are being made to undermine that possibility by the Government of India and instead, a policy of permanent demographic change is aggressively being pushed to snatch their land, destroy their identity and turn them into a minority in their own land.

"One after other laws are being invented and amended by New Delhi and forcibly thrust upon the people of J&K. From bringing in the arbitrary 'domicile law' opening up residency rights to J&K to non-permanent residents, to amendments in 'The J&K Civil Services (Decentralisation and Recruitment) Act', to allot jobs and education to outsiders, to laws exploiting our natural resources, and now by brazenly repealing the land law - to let anyone from across India own land in Jammu and Kashmir, hence, taking away from the residents of J&K the exclusive right to their land and property in order to ease the settling of outsiders here. Besides, the law allows Govt to declare any local area as a 'strategic area ‘on the army’s behest, is alarming," said APHC.

The APHC added that people of J&K are not some dumb driven cattle who will yield to these imperial laws and that people have proved by the strength of their unfailing will and their immense sacrifices, that they are not a dead but alive and determined nation who will not withstand such assaults upon them and their motherland.