Hyderabad gangrape-murder of woman veterinarian; encounter of 4 accused and other details

Cyberabad Police Commissioner V C Sajjanar said that the accused Mohammed Arif, Naveen, Shiva, and Chennakeshavulu were killed in a police encounter at Chatanpally, Shadnagar today in the wee hours, between 3 am and 6 am. 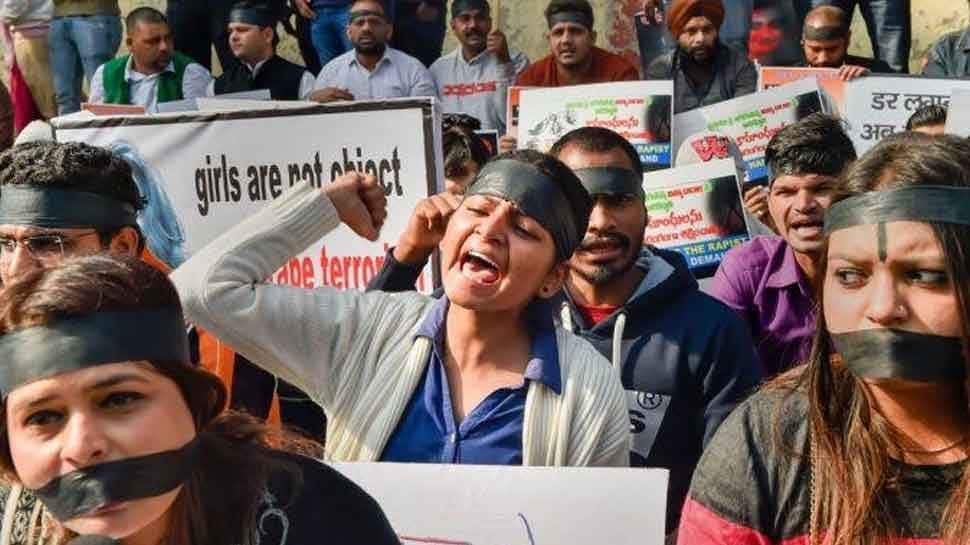 New Delhi: All the four accused in the rape and murder of a woman veterinarian were killed in an encounter with Telangana police early on Friday (December 6). The police said that the accused were being taken to the crime scene, where the charred body of the doctor was found, but they tried to escape and were shot at.

Addressing the media, Cyberabad Police Commissioner V C Sajjanar said the encounter took place between 5:45 and 6:15 am when the accused were taken to the spot for a reconstruction of the crime as part of the investigation. "The accused snatched weapons from two officers and fired at them. The police warned them and asked them to surrender but they continued to fire. In retaliation, we opened fire and the four accused were killed,” Sajjanar said.

"The accused Mohammed Arif, Naveen, Shiva, and Chennakeshavulu were killed in a police encounter at Chatanpally, Shadnagar today in the wee hours, between 3 am and 6 am. I have reached the spot and further details will be revealed," Cyberabad Police Commissioner V C Sajjanar had said.

Sajjanar said, “In this, two of our police officers got injured and they are being treated at a local hospital,” adding “We have also seized two weapons from the accused. The body of accused have been shifted to a local government hospital for PME.”

Recount the events, VC Sajjanar said, "The four accused had been in police custody for 10 days. We had interrogated all of them. When they confessed to the crime, we took them to the site where the incident occurred to reconstruct the scene. When we reached the spot the accused attacked us using stones and managed to snatch our guns. You can see that the accused are still lying there with the weapons. As a result, we had to engage in an encounter with them in which they were shot dead."

Accused killed, but Hyderabad vet's father not sure if he'll send out his 2nd daughter

"We have also seized two weapons from the accused. The body of accused have been shifted to a local government hospital for post-mortem examination (PME). There were around 10 police with the accused during the time of encounter. We have recovered the victim's cell phone here at the spot," he said, adding "I can only say that law has done its duty."

The Police Commissioner said, "We will answer to whoever takes cognizance, the state government, NHRC, to all concerned. We suspect that the accused were also involved in many other cases in Karnataka, investigation is on."

The gangrape and murder case of the veterinary doctor outraged the nation leading to massive protests in several cities demanding justice to the victim and stringent punishment to the accused. The woman, in her mid-20s, was allegedly raped by four men on November 27. They later set her on fire and dumped her body in the outskirts of the city. Her badly burnt body was recovered a day later by the police, after which the investigation began, leading to the arrest of the four accused.

All the four accused in the gangrape and murder of a Hyderbad-based government veterinary doctor have been killed by the Cyberabad Police, but the girl's father is still not sure if he should allow his second daughter out for work. Speaking to Zee Media at his residence, he said that he was clueless about how his family will cope with the reality of not seeing her in the future.

He, however, expressed his relief that his daughter's culprits were no more alive but pointed out many rape victims were still fighting for justice. He also informed that the victim's mother was still in shock following the tragedy.

"It has been 10 days to the day my daughter died. I express my gratitude towards the police and government for this. My daughter`s soul must be at peace now," the victim's father said, adding "I am not going to get back my daughter but this will definitely send a strong message. This will instill fear and criminals will not dare to do what my daughter had to go through."

Two police officials who were injured in the encounter in which all the four accused of the brutal gang-rape and murder of a woman veterinarian were killed early morning on Friday, are stable but still in the intensive care unit (ICU). "Venkateswaralu, aged 35 years was brought by the police department personnel to the emergency room today at 8 am with a history of alleged assault by undertrial persons. On admission, the patient was conscious and coherent. Abrasions are present over the frontal region of the head. The team of doctors is treating the patient in ICU. Presently, the patient is neurologically and hemodynamically stable," said the medical bulletin released by the Care Hospitals.

The bulleting states that Aravindh Goud, 35 years, is in ICU and is also stable.

Detailing the sequence of events that led to the encounter of all the four accused in the brutal gang-rape and murder case of woman veterinary doctor, Cyberabad Police Commissioner VC Sajjanar said "Two of our officers have also got head and other grievous injuries while two accused were found with weapons snatched away from the police officials."

"The ASI and the Police Constable who were injured have been sent to the local hospital for treatment," added Sajjanar.

Here's a timeline of the case:

November 27: The accused saw the woman parking her vehicle near a toll plaza at 6 pm and while consuming alcohol, they hatched a plot to commit the crime. As part of the plan, Naveen deflated the back tyre of the victim's scooty. When the victim returned to toll plaza at 9.18 pm, one of them approached her and offered to get it repaired through his friend and the victim innocently agreed.

As she was waiting for the vehicle, the accused caught hold of her and took her away from the main road and allegedly raped her. After the rape and murder, they put the body in the truck cabin and headed towards Shadnagar crossroads, and then carried the body to the underpass and set it afire and left.

The investigations revealed that the duo on the scooty went back to check whether the body was properly burnt or not. They later disposed off the two-wheeler near Kothur and returned to Hyderabad. The victim's family lodged a missing complaint with the police around 11 pm.

November 28: The police on Thursday morning found a charred body near Shadnagar and it was identified as the body of the missing woman.

November 29: The Cyberabad Police arrested two truck drivers and two cleaners in connection with the case. The accused were identified as Mohammed Arif, and Chintakunta Chennakeshavulu, both lorry drivers and Jollu Shiva and Jollu Naveen, both lorry cleaners. All of them hailed from Narayanpet district of Telangana.

November 30: The accused were produced in the court and sent to 14-day judicial custody. They were later shifted to Chanchalguda Central Jail. Three police officials were suspended for negligence in duty in the aftermath of the heinous crime. The action against them was taken after the victim's parents told the National Commission of Women about police negligence.

December 1: The Telangana government ordered the setting up of a fast-track for expeditious trial. Chief Minister K Chandrashekhar Rao passed the order after being briefed by the senior state government officials about the growing public protest over the incident across the country and the demand for capital punishment for the accused.

The encounter happened at the crime scene in Shadnagar, where the accused were taken for re-construction of events as part of the investigation. The four of them, however, tried to escape from the spot and attacked the police by snatching weapons. After that, the police, in self-defence, shot at them.

The National Human Rights Commission (NHRC) on Friday took suo motu cognisance of the alleged `encounter`, based on media reports. In a statement, the rights body said, "As per reports, all four accused were taken to the scene of the crime around 60 kms from Hyderabad for a re-construction as part of the investigation."

The NHRC said that as per the police version, one of the accused signalled to the others to apparently escape and in the process, they tried to snatch weapons from the police personnel. And, the police fired on them and they allegedly died in cross-firing.

The rights body opined that this matter is required to be probed very carefully, and asked its Director General (Investigation) to immediately send a team for a fact finding mission into the matter. "The team of the Investigation Division of the Commission headed by an SSP, is expected to leave immediately and submit their report at the earliest," said the NHRC.

Meanwhile, a foundation in Haryana`s Hisar has announced a reward of Rs 1 lakh to the Hyderabad police personnel who killed the accused in the rape and murder of a woman veterinarian in Telangana.

"We appreciate what the Hyderabad Police has done. I announce a reward of Rs 1 lakh each to all police personnel involved in the encounter," Naresh Selpar, Chairman, Raah Group Foundation told ANI.