We have a long experience with the Congress party. Our first deal was with India in 1953 with Nehru and other prime ministers, said Eric Trappier. 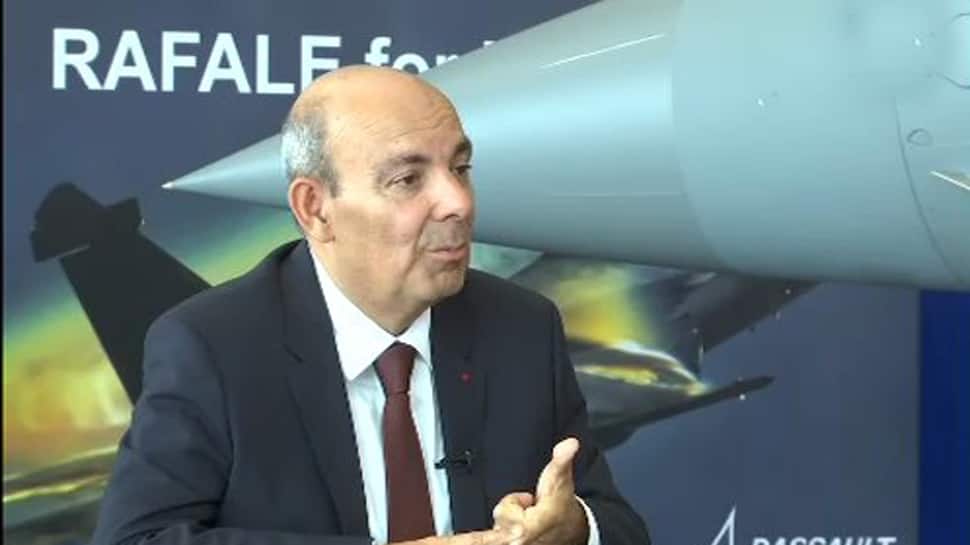 Dassault Aviation CEO Eric Trappier has rubbished the allegations levelled by Congress president Rahul Gandhi in connection with the Rafale fighter jets deal between India and France. In an interview with news agency ANI, Trappier responded to a question on the allegations by the Congress party, saying, “I don’t lie”.

The Dassault Aviation CEO said, “I don’t lie. The truth I declared earlier and the statements I made are true. I don’t have a reputation of lying. In my position as CEO, you don’t lie.”

Trappier further recalled the association of the French company with the Congress party in the past, saying that the first deal with India was struck in 1953, under the government of former prime minister Jawaharlal Nehru.

He said, “We have a long experience with the Congress party. Our first deal was with India in 1953 with Nehru and other prime ministers. We have been working with India. We are not working for any party. We are supplying strategic products like fighters to the Indian Air Force (IAF) and the Indian government. That is what is most important.”

On the issue of Anil Ambani’s Reliance Defence being chosen as the offset partner, the Dassault Aviation CEO said that the money being invested was not going directly to Reliance directly but in a joint venture.

The rebuttal by the French firm’s CEO comes almost 10 days after Rahul Gandhi accused the company of paying “first trench of kickbacks of Rs 284 crore” to Anil Ambani.

“Dassault gave Rs 284 crore to a loss-making company with a valuation of Rs 8.3 lakh. This is the first instalment of kickbacks that has been given to Anil Ambani,” the Congress president had said.

Targeting Prime Minister Narendra Modi, the Gandhi scion had also tweeted, “Rs 284 crore of Rafale kick-back money has been traced to an Anil Ambani owned company. The stench of corruption is leading straight to the gates of Race Course Road.”

The Reliance group, however, completely rejected the allegations and said the RADL transaction was completed in full compliance with applicable FDI and all other rules and regulations and the information has been disclosed in public domain since December 2017 onwards.